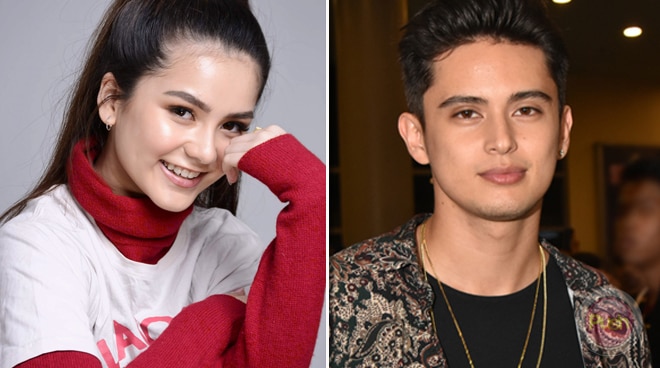 During the press conference, the renowned producer was all praises for Jasmine, who was born and raised in Sydney, Australia.

"Jasmine is so talented. The first time I met her, we were just jamming sa piano. It just flowed naturally. She's a different songwriter, she can sing her own songs that's why she can give the best emotion to what she has written. So to produce for her was sobrang dali, we just enjoyed ourselves.

"Actually when we did the first part, it was just good, we were done. Even the recording, she's so talented, she knows what she wants... we were just collaborating," he said. Jimmy also added that he looks forward to working with her again.

Jasmine, who's debut song was titled "Mahal Ko Ang Aking Pangarap," shared she has sacrificed a lot to make her dream of becoming a singer come true.

"Even now I am sacrificing for my dream just to prove how much I love my dream. I lived in the country I call home Sydney, Australia, I grew up there. And for my dream I left everyone I knew -- the place where I grew up, the school where I studied and I went to a country where I did not know the people. I don't know where I would stay.

"It was all my mom, and my mom's help. It was my mom who did all the planning but as a 13-year-old kid that time, I did not know much. I just went to another country, with big dreams, my voice, and my talent and prayers. That was a big sacrifice for me at 13. I don't remember much the last time I went to the Philippines. I was five years old so I didn't know what to expect, all I know is that I have big plans here. But I'm willing to make that sacrifice because this is my calling, my dream at mahal ko ang aking pangarap," she happily related.

When asked about her musical inspirations from OPM, Jasmine immediately shared she has a variety of favorites from different genres.

On doing collaborations, the young singer admitted she really wants to do a song with James Reid. As a fellow artist who grew up in Australia with Pinoy roots, Jasmine said she really admires his talent as an actor, singer ,and producer.

Jasmine will soon have her solo concert on November 22 at the SM City Skydome. She will also be having a homecoming concert in Sydney at the Cabravale Club with special guests Makisig Morales and former The Voice Teens PH contestant Sophie Dalisay.