Eight Filipino films have been confirmed to take part in the 32nd Tokyo International Film Festival (TIFF) to be held next month. Eight Filipino films have been confirmed to take part in the 32nd Tokyo International Film Festival (TIFF) to be held next month.

Based on a post from Tokyo-based journalist Florenda "Dang" Cruz on Thursday, Paul Soriano's Mañanita, a film about a former military sniper who goes on a mission that is set to change her life, will compete in the festival's international category. Written by internationally acclaimed director Lav Diaz and produced by Viva Films, it stars Bela Padilla and Ronnie Lazaro.

The JC Santos and Angel Aquino-starrer Motel Acacia, meanwhile, is an official entry to the festival's Asian Future category. Directed by Singing in the Graveyards' Bradley Liwer, the movie is about a young Filipino who is groomed by his tyrannical Caucasian father to take over Motel Acacia, which is tasked with exterminating immigrants by the government through a bed haunted with the spirit of a Filipino tree demon that eats men and impregnates women.

Joining JC and Angel in the film are international actors Jan Bijvoet (of Borgman and Peaky Blinders), Bront Palarae, Vithaya Pansringarm, Talia Zucker and Will Jaymes. In the World Focus category, two Pinoy films will be featured -- Brillante Mendoza's Mindanao, which tells the story of Saima (played by Judy Ann Santos), who is a mother of a cancer-stricken kid and the wife of a medic deployed in a conflict of aggression in southern Philippines, and Erik Matti's Island of Dreams episode for HBO Asia original anthology series Food Lore, starring Angeli Bayani, Yul Servo, and Ina Feleo. To be screened in the festival's Crosscut Asia category are Erik Matti's thriller The Entity (Kuwaresma), starring Sharon Cuneta and John Arcilla, about a family haunted by what appears to be the ghost of their youngest daughter; Lav Diaz's The Halt, top billed by Piolo Pascual, Joel Lamangan and Shaina Magdayao, which features a near-future Philippines when "millions have died to a flu epidemic and volcanic eruptions have cast the nation into permanent darkness; Antoinette Jadaone's Six Degrees of Separation from Lilia Cuntapay, a mockumentary starring the veteran extra; and Sigrid Andrea Bernardo's Untrue, starring Xian Lim and Cristine Reyes, about two lonely Filipinos living in the country of Georgia who found solace and companionship in each other until a strange apparition of a woman begins to haunt their relationship.

A post shared by ActorSingerPresenter (@reallysharoncuneta) on Apr 16, 2019 at 4:46am PDT 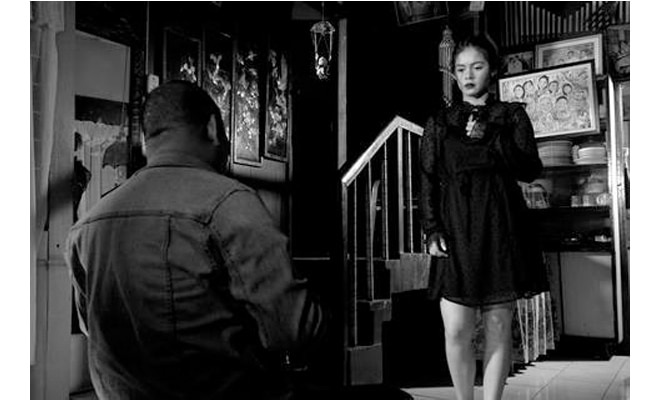 The 32nd edition of the Tokyo International Film Festival will run from October 28 to November 5.