WATCH: Janine Gutierrez is a saleslady who possesses a gun in ‘Babae at Baril’

Janine Gutierrez top-bills a new pyscho-thriller film ‘Babae at Baril’, which is one of the competing film at the QCinema International Film Festival. 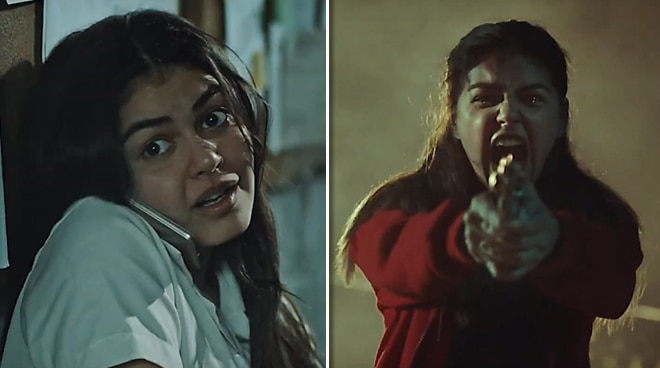 Following the success of Elise, actress Janine Gutierrez is back for a new psycho-thriller film with a very unique and interesting concept in Babae at Baril.

According to the movie's synopsis, Janine plays a saleslady from a local department store whose everyday life suddenly changed after she found a gun on the doorstep of her boarding house.

Directed by Rae Red, Babae at Baril is one of the three Filipino films to compete at this year's QCinema International Film Festival. The other two are Kaaway sa Sulod by Arnel Barbarona, and The Cleaners by Glenn Barit.

This year, QCinema launched a more competitive program. #qcinema2019 merged its Circle Competition, which was for local feature directors, and Asian Next Wave, dedicated to Asian directors, for a more competitive program. The three Filipino titles which each received a P1,500,000 seed grant are Arnel Barbarona’s Kaaway sa Sulod, Babae at Baril by Rae Red, and The Cleaners by Glenn Barit, which is his debut feature. They will compete in this section with some of the best Asian directors. The other films competing at #AsianNextWave are Nakorn-Sawan (by Puangsoi Aksornsawang, Thailand); Ave Maryam (Robby Ertanto, Indonesia); Fly By Night (Zahir Omar, Malaysia), The Long Walk (Mattie Do, Laos) and Suburban Birds (Sheng Qiu, China).

QCinema will also host the premiere screening of the movie UnTrue topbilled by Cristine Reyes and Xian Lim, as the opening film.