The longtime partner of late veteran actor Eddie Garcia said on Monday that a television network’s “gross negligence” is to blame for his death. 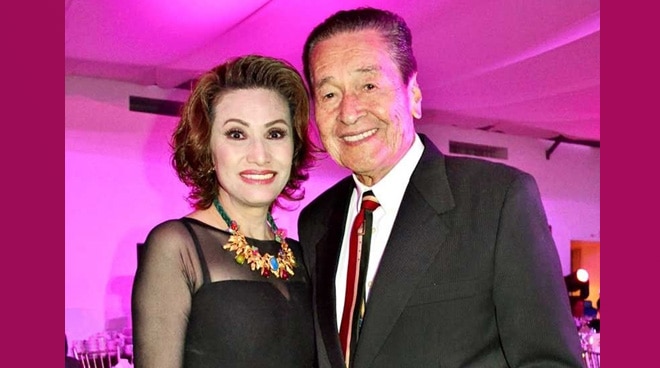 The longtime partner of late veteran actor Eddie Garcia said on Monday that a television network’s “gross negligence” is to blame for his death.

Appearing before the Senate Committee on Labor and Employment Inquiry regarding the implementation of the Occupational Safety and Health Law, Olivia Lilibeth Romero stated that Eddie’s death would have been prevented had GMA Network provided an onsite medical team set to immediately respond to the accident.

“Unfortunately, TV network GMA should have made the working environment of the 90-year-old Eddie Garcia safe for his work,” she added.

In the hearing, Lilibeth also belied the statement of GMA network executives saying they wanted Eddie’s family to be the first to know what really happened on the set.

“Lilybeth Rasonable (GMA network’s senior vice president for entertainment) did not want to first give me the investigation report, she said she owe it to the public to give it first to the public. But I begged for it, through my lawyer,” she said.

In an investigation conducted earlier by the Department of Labor and Employment, it was found that the television network committed three violations of the OSHS Law: failing to submit a report on the incident within 24 hours, failing to provide a safety officer, and not deploying a first aid professional on the set.

Though they admitted these violations, GMA executives argued that they had staff on the set who underwent first-aid training, and that they “respect the family of Eddie Garcia”.

Lilibeth said she “will fight until the end” so that the death of her partner will not end up in vain.

“If it takes his untimely death to prevent future threats to actors, stuntmen, and others inside the various production sets of television, film and movie industries, then I, together with the members of Garcia family, will fight until the end to get the lives in protection of his colleagues in place,” she said.

Meanwhile, GMA Network has released their official statement in response to the claims made by Lilibeth during the hearing.

It reads as follows:

“GMA Network acknowledges the family’s grief following the unfortunate passing of Mr. Eddie Garcia. However, the Network wishes to correct the statement made by Ms. Lilibeth Romero during the Public Hearing on Occupational Safety and Health Standards on September 23, 2019.

“This is not true. In fact, their family was the first to be furnished a copy of the investigation report.

“When the Network finished its internal investigation, the family of Mr. Garcia, through Dr. Tony Rebosa, was immediately informed about it. The Network coordinated with Dr. Rebosa and mentioned to him that GMA wanted the family to see the report first before releasing it to anyone else. Ms. Romero, however, was out of the country at that time.

“The Network subsequently agreed to delay the release to enable Ms. Romero to see the investigation result first upon her arrival.

“The said report was submitted to DOLE after a copy was given to the family.”

Eddie passed away on June 20 after slipping into a coma due to an accident on the shooting of a television series he was starring in. He was 90.