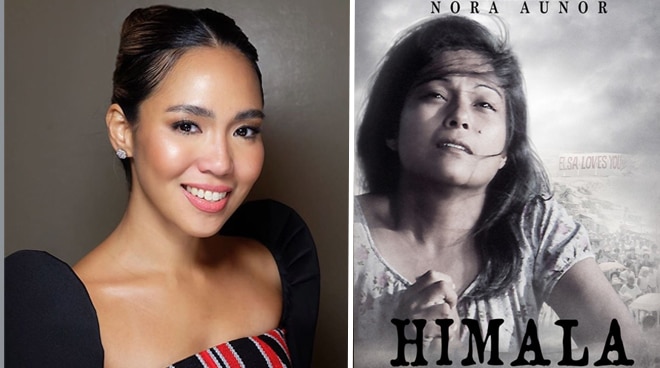 After becoming a classic originally starring Nora Aunor in 1982, Ricky Lee’s story Himala first made its stage debut in 2003. This year, The Sandbox Collective and 9 Works Theatrical staged its latest run with singer Aicelle Santos reprising the iconic role of Elsa once again starting September 20.

It has been more than three and a half decades since we first discovered the story of a simple town girl who saw an apparition of the Virgin Mary and claimed to have the power to heal the sick and injured. Once again audiences are transported to the small, sleepy, poor town of Cupang which is in a state of constant drought which the townsfolk believe is a sort of punishment for their sins. It’s hard to go wrong with a libretto written by Ricky Lee and Vincent De Jesus, and they have successfully translated the characters from screen to stage with just the right amount of adjusting to the times.

Unlike most musicals, Himala proves talent shines when the stage isn’t distracting with too many details. West End Miss Saigon alumni Aicelle may lead the cast with her on point vocals, but the entire cast is as equally impressive with their powerful vocals. Dulce’s son David Ezra joins the cast in the role of journalist named Orly who goes to Cupang to document Elsa’s miracles. Another new addition to the cast is Broadway actress Sheila Francisco whose powerful vocals bring to life the role of Elsa’s mother, Nanay Saling.

The story of Himala: Isang Musikal is based on an incident that happened in Occidental Mindoro in 1967 when a young lady reported an apparition of the Virgin Mary.