For the first time ever, singer Lea Salonga revealed that she had experienced fat-shaming when she was playing Kim in the musical Miss Saigon. 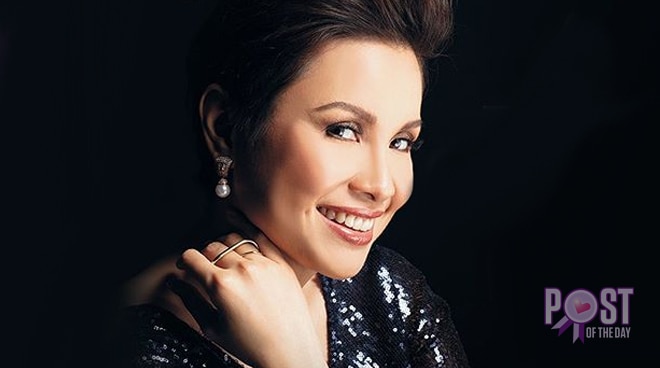 For the first time ever, singer Lea Salonga revealed that she had experienced fat-shaming when she was playing Kim in the musical Miss Saigon.

Sharing a link of an article about James Corden's reaction to Bill Maher's speech about obesity on Facebook, the Broadway Diva revealed that she, too, had struggled with her own weight for as long as she was old enough to go on a diet.

"I’m not morbidly obese by any means, but by 'showbiz standards,' I’m not the norm. Imagine how this struggle became amplified while I was working on 'Miss Saigon' where Kim is envisioned to be tiny," she said.

According to The Voice PH coach, she was required to do "weekly weigh-ins" by people from the theater company to always keep her weight in check.

"There was a chart in the company office that monitored my weight and I had to do weekly weigh-ins. Or the resident choreographer would be sent to my dressing room to tell me to lose the weight. Or a letter from another producer that saw the show would write to Cameron (Mackintosh) to tell him, and then Cameron would tell me," she wrote.

Lea went on to state that no one else in the cast was put under such pressure but her, "so oftentimes, I felt isolated and alone."

"I know the company meant well, and I get the demands of the show and that role in particular, but this wasn’t helpful to me or my impressionable young psyche," she wrote.

Ending her statement, the Sweeney Todd actress argued that fat-shaming doesn't help anyone, as "folks that are overweight to whatever degree are already painfully aware that something isn’t right."

"We do really try to do right by our bodies not just to look great but to live long for ourselves and those we love," she said.

"So know this: if you are overweight and I am around you, know that in my mind I am not shaming you, but am concerned. I want you to be around for a long, long time, and will be your biggest cheerleader holding your hand in your own quest for a healthier you. You got this," she added.