Twitter announced that Maymay Entrata was the most talked about celebrity during the ball, followed by love team partner Edward Barber. 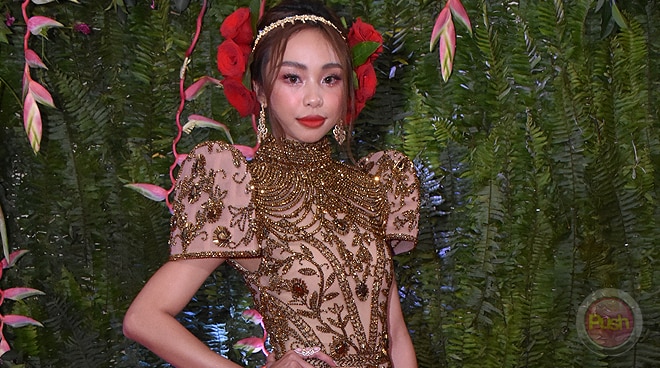 Over 2.7 million tweets from Filipinos all over the world set Twitter on fire Saturday night as our favorite Kapamilya stars donned chic Filipiniana outfits and gathered for the biggest and most anticipated celebrity event of the year.

The microblogging site likewise released its most tweeted hashtags during the famed charity ball, which was for the benefit of Bantay Bata 163’s Bantay Edukasyon program. Coming after the main hashtag #ABSCBNBall2019, was #MayWard3rdBallTogether, which came after the deluge of tweets on Maymay and Edward’s striking and eye-catching Filipiniana ensemble.

The other trending hashtags during the affair were #ABSCBNBallFanFave, which came in third, #KathNielSince12To8Thernity, fourth, and #ModernFilipinaKISSES, fifth.

Twitter and ABS-CBN also launched an emoji just for the event as a special treat. Fans tweeted about their favorite red carpet looks and highlights with #ABSCBNBall2019 hashtags for the emoji to appear.

Now on its second year, the ABS-CBN stars graced the ball clad in their best Filipiniana outfit, a theme that coincides with the network’s 65th year celebration.

Fans were given a chance to support their favorite personalities on Twitter. The hashtag, #ABSCBNBallFanFave, immediately took off as soon as it was announced that voting has opened. People were quick to rally on Twitter why their celebrity bets should win the award, and Kisses was the hands-down choice with her splendid, breathtaking Filipiniana number.