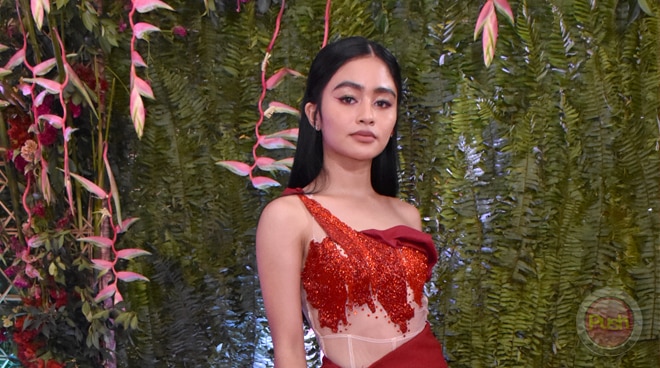 A fan account who goes by the username @zaijianjaranilla1 exposed the "true story" behind the actress' clothing mishap by posting closeup snapshots of her dress via Instagram Stories on Sunday. 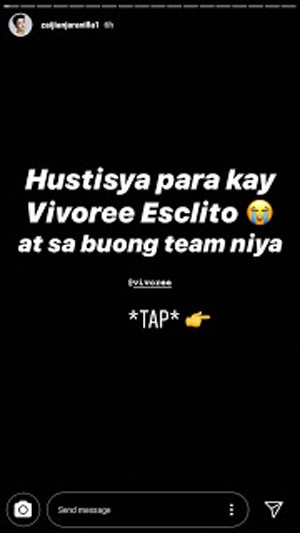 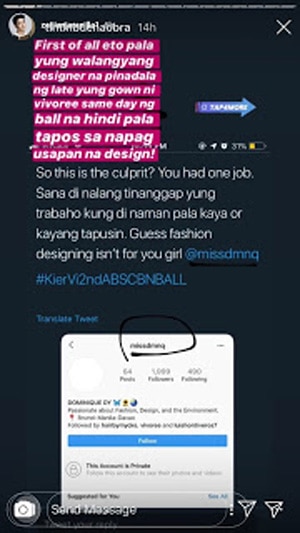 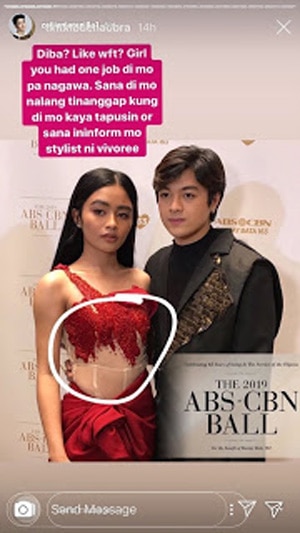 A screenshot they shared of a tweet from another fan revealed that Vivoree's stylist for the ball, Van Mercado, even ended up in tears out of frustration over the sudden mishap. According to fans of the former "Pinoy Big Brother" housemate, Mak Tumang was supposed to be Vivoree's designer for the ball, but had to back out due to a "personal problem" in just less than a month before the said event. 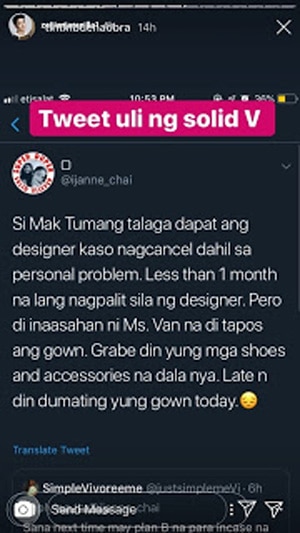 Meanwhile, Mercado, in a series of tweets on Sunday, expressed her gratitude to her "muse" for not "complaining" and "throwing tantrums" despite Saturday's mishap.

"She even said she just wanted to make everyone proud whatever happens. My admiration and respect for you multiplied a thousand times. You're such an inspiration." She also thanked fans of Vivoree and her love team with Hashtag Charles Kieron for being supportive and understanding nonetheless.

"Kung ibang fandom siguro bugbog na bubog ako ngayon -- I got nothing but messages of encouragement and love. Thank you all. This would be my last tweet regarding yesterday's issue. Moving on! AJA!" she said.

"I want to explain and defend myself from all these bashings but what's the point? Should I tell the whole story and put the designer in a bad light? No. It's done. I can't press 'rewind' to make it right. Today is a new day. Let's all move on," she added.