Kathryn Bernardo shares thoughts on the blockbuster success of ‘Hello, Love, Goodbye’ and ‘The Hows of Us.’ 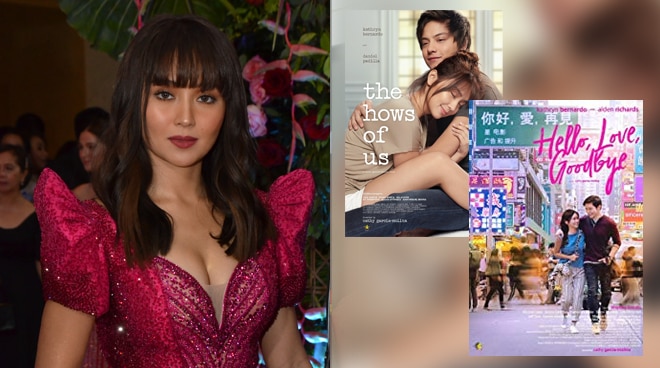 Following the box-office success of her two movies, Hello, Love, Goodbye in 2019 and The Hows of Us in 2018, Kathryn Bernardo is still on cloud nine about her movies' success. Both films reached the 800 million-peso mark making Kathryn a certified box-office queen.

The actress remarked that she is happy to have touched many lives with the movies she made. "I am very happy and masaya ako dahil ang dami niyang na-touch na buhay and I think 'yun ang importante and I think 'yun ang trabaho natin bilang aktor na matulungan sila through our movie," she said.

Hello, Love, Goodbye is her first movie project with Alden Richards, which becomes the highest grossing PH movie of all time earning Php 880 million in global gross sales as of September 3.

Still on a high because of everyone’s love and positive reviews!! 😭❤ For those of you who haven’t seen it yet, #HelloLoveGoodbye is still showing nationwide! ❤️ sana po makanuod kayo.💕

Meanwhile, her movie with Daniel Padilla, The Hows of Us, also reached the 800 million-mark in global gross sales.