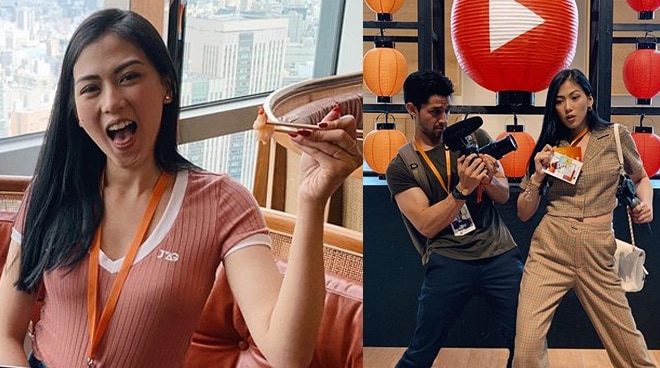 Alex Gonzaga's YouTube career continues to soar. The vlogger-actress was invited to be part of this year's YouTube Creator Summit in Japan.

Alex alongside Wil Dasovich, represented the Philippines in the said event.

The Kapamilya star has been sharing snapshots of her adventures in the said summit, which included talks from top content creators and social gatherings meant to further grow the channels of the largest independent creators on YouTube.

I never got the chance to eat this shrimp. Nahulog ko sya right after this pic ‘coz all for the gram!! Huhuhu #creatorsummit2019