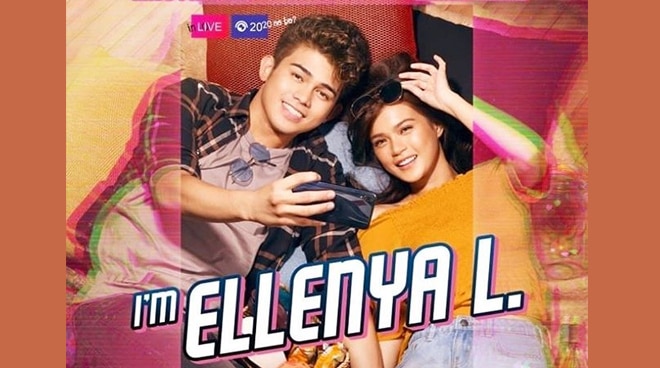 At first glance, I’m Ellenya L. could easily be written off as just another romantic comedy aimed to lure in a predominantly millennial audience. But a deeper look will have you leaving the theater not just enjoying lots of laughs, but an important lesson in the ups and downs of living in a social media generation. Directed by Boy 2 Quizon and written by Neil Arce, the film is definitely a fresh take on teen romance. Producer Piolo Pascual and Joyce Bernal add another gem to their Spring Films roster.

Maris Racal plays title role of Ellenya, a girl who can’t hold down a job because of her ultimate goal in life which is to become a legit vlogger/influencer with the help of her single father (charmingly played by Gio Alvarez who finally gets to show his singing skills onscreen) and his childhood best friend Peng (played by Inigo Pascual who puts on his handsome brooding face for most of the film).

A golden opportunity presents itself when Ellenya crosses paths with PR strategist (Pat Sugui, in a role that finally lets him steal the spotlight in a pivotal scene) who offers her a chance to impress him with the promise of unique content from her vlog. When Ellenya volunteers herself for one of his events, things take a turn for the unexpected and turns her world upside down.

Maris’s always sweet looking face almost makes it impossible to dislike her self-entitled and sometimes selfish personality. Scenes in her home are always a good mix of humor and drama courtesy of Nova Villa who plays Grandma and Gio as Pops. Inigo proves he and Maris have the chemistry to make it work on the big screen and in I’m Ellenya L., making MarNigo a tandem you’d be shipping from reel to real.

I’m Ellenya L. is directed by Boy 2 Quizon and is one of the entries in the Pista ng Pelikulang Pilipino film festival which runs from September 13 to 19 in selected cinemas.