Julia Barretto to Bea Alonzo: ‘You can play victim all you want, but I refuse to be your victim’

Julia Barretto has finally broken her silence amid the controversy romantically linking her to Bea Alonzo’s boyfriend Gerald Anderson. 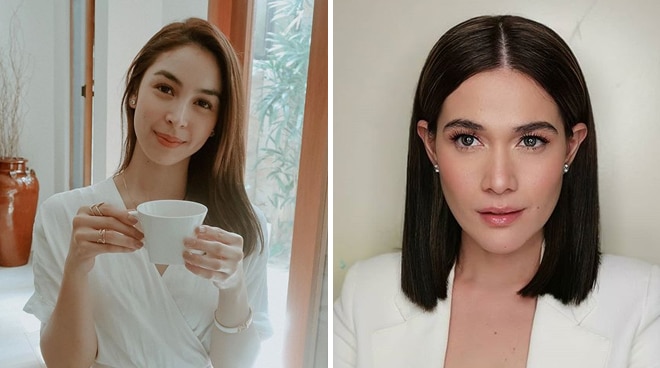 Julia Barretto has finally broken her silence amid the controversy romantically linking her to Bea Alonzo’s boyfriend Gerald Anderson.

In an Instagram post this Monday, the “Block Z” actress addressed the online criticism she and her family have endured since the malicious rumors first surfaced.

She wrote: “These past weeks, my faith, my patience, and my strength were put to the test. I have endured many harsh words hurled against me and my family everywhere on social media. It is exhausting and painful. While some might have forgotten, I am also human.

“I was attacked for two issues: 1. I cheated on my boyfriend. 2. I was the cause of another relationships break up. Let’s be clear: Josh and I had broken up four months ago. We have publicly admitted it together and we have cleared that there was no third-party involved. From now on, anything I do in my private and love life is not considered cheating, and is none of anyone’s business.”

Julia said she wishes to distance herself from the separation of Bea and Gerald.

“Secondly, I believe Gerald has already made it clear that a third party was not the cause of their break up. I would like to disassociate myself from the breakup of Bea and Gerald. Their issues are entirely their own. However, since I was brought into this mess without a choice, this is what I have to say:

“Your heartbreak should have been a private matter, but you have selfishly turned it into something of national concern. Bea, you wanted to keep your hands clean by not mentioning me in your controversial post, but with a click of your finger, in your sly way, you have charged everybody to destroy me FOR YOU.

“You have encouraged a culture of hate by purposely liking harmless photos, putting malice into the minds of many, which resulted in the outrage of insults against me. You are a woman of great influence and following. You could have used that power to promote strength and grace in women, but instead, you’ve used that to promote social media irresponsibility. That is downright bullying.

“You can play victim all you want, but I refuse to be your victim.”

The statement comes just a day after Gerald himself aired his statements regarding his breakup with Bea, who he dated for three years.

Bea, for her part, addressed the controversy by going on the record that they "did not break up, he [Gerald] just started not talking to me" when asked to clarify their current status after the latter supposedly claimed that they had already called it quits.