Arci Muñoz wants to stay committed to her relationships and her conservative upbringing. 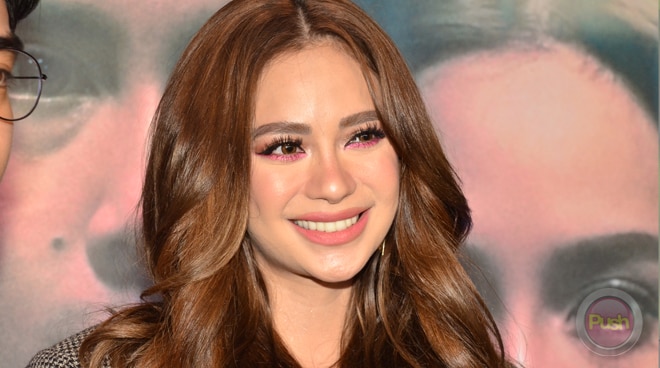 Arci and JC Santos play a couple who try to save their relationship by going for an open set-up. The storyline Arci says flatly is, “taboo, actually taboo siya eh.” While the film as director Ranay stressed does not discourage open relationships, “it also does not encourage such a set-up.”

While her character is actually traditional, Rome agrees to the set-up because she wants to save their relationship. “Kailangan niyang gawin ito, you know, she has to try it out at pagbigyan si Ethan kahit ayaw niya to know if they can save their relationship, dahil nag-agree na siya na sige, ‘yun siguro ang tama.”

As for Arci herself, she admitted she isn’t the type who is open to the idea. “Pero kung sa akin iyung ganon na open relationship… ay hindi pala mangyayari sakin ‘yun.”  She explained, “kase when I commit I am really a committed person. Iyun talaga ang stand ko. Dating puwede siguro pero dating lang yun, nothing will follow, oo nothing more. I will do my own fight for our relationship to be saved.

“I am coming from a truly conservative family. My parents who are both straight-edge Christians,” she added.

“I will not say yes to an open relationship. I will respect couples who do, sa mga magkarelasyon na okey ang ganong set up, well bahala sila kung ano trip nila, but I will not recommend it to other couples.

“Open relationships has advantages and disadvantages. Advantageous I think for people who are both into it. Kase may consent sila and may set rules and limits sila eh.”

But in the story of Rome and Ethan, Arci revealed her character’s reluctance.“kase she was not expecting na aabot sila sa ganong level na, iyung ganon ang gagawin. She simply wants to keep her man, that she finally gave in to what he really wants them to do.”

Stating then that Rome is a totally new role to portray and new character more challenging to pull off, Arci said, “since when the story was presented to me, talagang alam ko na hindi ako ito. I told direk Andoy.”

“Dati kadalasan sexy comedy ang roles ko eh, na may substance though. Then things grew to serious levels already. Now I see this role where I learn in a big way.”