Fil-Am host Joshua Dela Cruz gets in touch with the original hosts of the show. 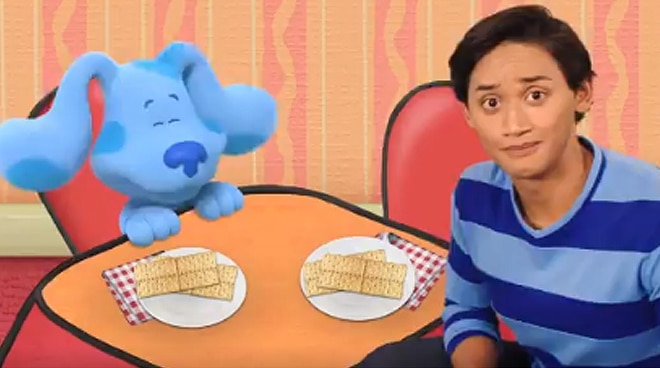 ‘90s kids are in for some treat as Steve Burns and Donovan Patton will be making cameo appearances in the first episode of the show.

In the clip, Broadway actor Joshua Dela Cruz contacts his cousins Steve (Burns) and Joe (Patton) after having difficulty figuring out what Blue wants to have for a snack.

He communicated with them through an all-new handy dandy notebook which happens to be a smartphone as well.

See what the original hosts of the show, who play detectives in their cameo appearances, have to say to Josh in a clip from the first episode of the show below:

You're going to need to sit in your Thinking Chair for this news: Steve and Joe will be in the first episode of Blue's Clues & You! Check out this clip as they return to help Josh play his very first Blue's Clues 🐶💙🖍️ pic.twitter.com/qcGgDDv9c0

It was in September 2018 when Joshua Dela Cruz was officially announced as the new host of the reboot.

Prior to his stint in Blue's Clues, Josh appeared in the Broadway run of Disney's Aladdin as part of the ensemble.

He also became part of David Byrne's Here Lies Love, Encores! Merrily We Roll Along, and King and I.