Erik Matti is worried about the local film industry that he said is ‘in a state of coma.’ 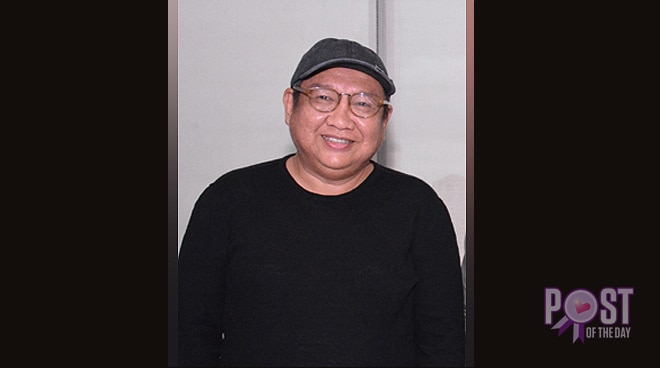 Award-winning director Erik Matti voiced out his concern over the Philippine film industry that he said is ‘in a state of coma’ and is on ‘auto-pilot’ mode.

In a long post, he noticed how story lines are ‘rehashed’ and that there’s no space for newer ideas in this fast-paced industry.

“The industry is abuzz, don’t get me wrong. Everyone seems to be working. It’s hard to put together a crew these days. If they’re not doing movies, they’re into TV or some digital series somewhere. Everyone’s working. But the work seems to be just getting by. No game changers looming in the horizon. No high concept fresh ideas coming out. Rehash after rehash. Rehashed love triangles. Rehashed May-December affairs. Cliche children stories and old age stories. Cliche boy-girl commitment issue movies. Good thing we got over with finding-the-great-one-love-in-the-world stories.

“Everyone’s into genre too. One-line premise genres . Everyone wants to discover a new genre or sub genre but there’s not much reimagining that goes into it. We mostly get fast and easy genre stories with old and told character arcs and plots.

He then clarified that he isn’t belittling his colleagues and acknowledged those who work hard in the film industry just to produce a film or a show.

“This is not to say that everyone is not doing their best. That no one wants something fresh and sort of original. It’s the call of the times. It’s a calculated risk. Let’s try a different genre but let’s try the stories that sort of already worked. That’s the only thing we can afford. In this volatile industry where we don’t know if there’s an audience for any story we come up with or if it will ever see the light of day in cinemas, everyone is on desperate mode. Steady middling mode,” he said.

“Keep on doing movies. Work is work. Let’s do it fast and loose. Write it for 3 days. Yes, that’s a record writing time and studios seem to love it too whether it’s a good script or not. It’s just about content. More more content. You want content? You say every story’s been done 20 years ago? Well, so long as it’s content then anything is good. Some dumb ass browser sitting somewhere will devour this tired story nonetheless. The logline says it all no matter how shitty it all comes out, says the all-knowing producer. We can sell the logline. Let’s hope when they see it there’s word-of-mouth.

“Hope. Everyone’s always hoping. Yes, we know it’s bad but maybe there’s an audience for that somewhere. Maybe. We love maybes. We are a country that believes so much on luck that we still make movies based on luck and chance. Maybe we get lucky. We’ve gotten used to always wishing for the best.

“We should be able to grab luck by the throat and make luck bow down to our bidding. But how? Easier said than done. We are where we are now because we have been cornered into this as an industry and as a market. We have stopped dreaming of big things. We are resigned to the fact that this is all we can do. Who’s to blame? The whole thing is so muddled that I dunno who’s the culprit anymore. Is it the audience whose gauge on a good film is based on the polished look of a Hollywood western film? Is it the cinemas who have found a sure hit with Hollywood and would find it to be too much work to push for local movies? Is it the producers who can only risk so much and would fall back on tired stories just to not alienate the ‘audience they know’? Is it the filmmakers who have come up with some wild original film stories only to be slowly circumcised and eventually castrated by being told to calculate the risk of stories by making it more relatable than different? Is there anyone to blame? No one? Or everyone?”

“Art-house always explore the unknown whether in substance or in form. Our art-house no longer does that. They shock but it’s not groundbreaking. They gross out but it’s not visceral. They are contemplative but super boring. Art-house for the sake of art-house,”

Erik then admitted that he himself is caught in the same struggle and said he is also losing his ‘mojo.’

“Where have our mojos gone? I’m losing my mojo. I’m at a loss. Do we still know our audience? Do we still know who we’re making our films for? Does the audience still care about the films we make? If all Filipino filmmakers stop making films now, will the Filipino audience miss us? Is it enough that we still have jobs even if we keep on cooking last decade’s chicken a la king? Is this all that we’re allowed to do given the market we have? Have we forgotten what we love about stories on film that we have become content with just churning out half-baked, been-there-done-that stories?

See his full statement below:

The director, who’s been in the industry for over two decades, has always been vocal about his opinions and had always been concerned with the current state of the industry since filmmaking is his passion