Enzo Pineda on maturing as an artist: ‘I’m not the best actor in my industry’

Enzo Pineda talks about his career path and dealing with older women. 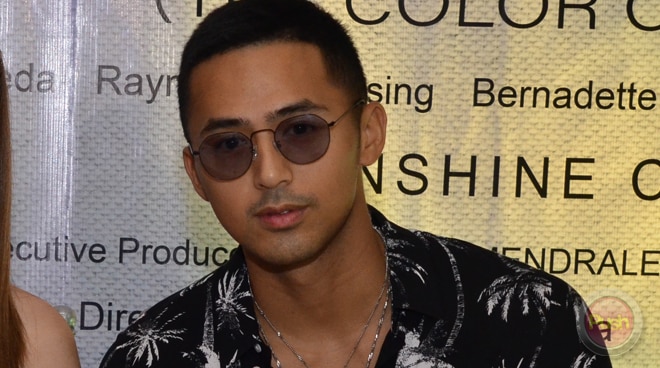 His latest film had him playing a young lover to an older woman which Enzo said he has no previous experience yet with in real life. “I guess meron. Wala naman nagpaparamdan (laughs). Paano ko malalaman di ba? I don’t know. Wala naman. If ever naman, na-aappreciate ko sila,” he said.

Enzo said that when he likes somebody, he will not let them make the first move even if she is older than him. “Siyempre hindi naman ako ganun. Hindi naman puwede na yung babae ang nanliligaw. Dapat yung lalake yung nanliligaw. Siyempre dapat gentleman pa rin. I haven’t experienced eh na ganun yung situation. If ever man, hindi ko po alam,” he added.

Compared to his previous movie roles, Enzo said he has grown a lot especially after shooting Malamaya which fulfilled his wish of becoming part of Cinemalaya. “To be honest with everybody, aminado ako sa inyong lahat na I’m not the best actor in my industry pero I just really love acting. It’s my passion and that’s why I’m here taking a different role, taking a much daring role for Cinemalaya because I want to explore on my craft and I feel that as an actor I’ve grown a lot in terms of maturity, courage, and I just feel blessed to be part of this wonderful project and to be working with my idols. Idol ko si Raymond Bagatsing and Ms. Sunshine. Of course madami pa akong kailangan patunayan and I’m just really grateful to be part of this beautiful film. It really took a lot for me to do this. First time ko po itong gawin,” he shared.