Kris Aquino calls out netizen who called her sons ‘The Autistics’

Kris Aquino didn’t mince her words after a netizen insulted her sons. 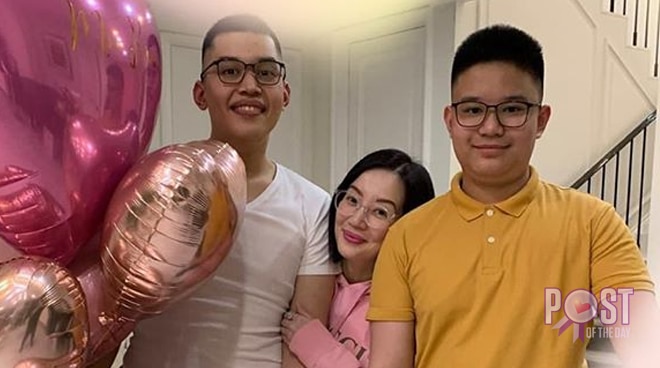 Kris Aquino posted a photo collage of her sons Josh and Bimby on Instagram and asked her followers if they already look like her.

While most of the comments were light-hearted and joyful, one netizen called them, “The Autistics.”

The netizen soon deleted the comment but not before Kris fired back.

"Why my sons? Especially Kuya Josh? Will you also shoot a gun because you want to experiment then tell the world after you have shot an innocent person, 'Sorry, now I know what it’s like to be a killer?' You aren’t a fan. You are a despicable coward," she wrote.

Kris then said that she had “every right to call you out because you threw the first uncalled for insult” and voiced out that a person like her basher inspires her to run for office to “fight for those without a voice, like special children, parents who cannot afford proper healthcare, and marginalized single parents.” The netizen didn’t realize that the comment would go this far and while he/she apologized, he/she also told Kris that she shouldn’t use the comment to gain sympathy from the public.

“I didn’t even insult your parents? I already said sorry po. Why don’t you just delete my comment? You want more sympathy po? That’s fine with me. Don’t use my innocent comment to gain sympathy for your political ambition po,” the netizen wrote.