Bela Padilla said she doesn’t mind being the second choice in the film. 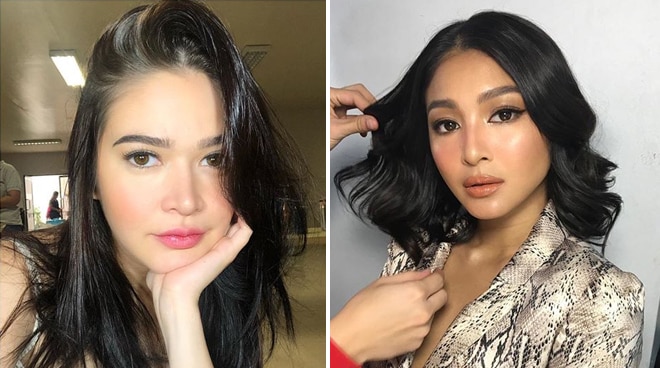 During a visit to the set of the primetime teleserye Sino Ang May Sala? (Mea Culpa), Bela Padilla shared her excitement as she takes over the role originally given to Nadine Lustre for the Filipino remake of the hit South Korean movie Miracle in Cell No. 7.

“I’m very happy to take over the role. I’m used to doing this naman. I’m aware naman na hindi talaga tayo laging first choice for a project. As a fan of Koreans shows and movies, I’m very excited to be given the chance to try a great character,” she said.

Apparently, Padilla was having a fun time at the beach when she found out that the role had been handed down to her following Lustre’s withdrawal from the film.

“I got a call. I was at the beach. I got a call from Boss Vincent of VIVA Films. He asked me if I was wiling to take on the role kahit nga he has already offered it to Nadine,” she said.

Admitting that she has always been a fan of the Ryu Seung-ryong and Park Shin-hye tearjerker, Padilla revealed that she has seen it several times already.

“I have. Many times. Before pa. And I plan to re-watch it before filming,” she said.

The 28-year-old Kapamilya star then thanked Lustre for all the kind words the latter said about her.

“Thank you so much, Nadine. I’m very happy to take this off your hands. I know that you can’t commit to it right now,” she stated.

Padilla remains hopeful on the possibility of working with her fellow VIVA talent in the future. “Sana magkatrabaho din kami soon,” she said.

Padilla also wished Lustre the best after the Indak star revealed in a recent interview that she has decided to withdraw as a way of preventing herself from feeling burned out.

“I hope that whatever she’s going through, at this point in her life, she goes through it well and easy,” she said.

As much as she feels anxious to take on the role, Padilla said she wants to put her focus first on Sino Ang May Sala—especially now that it’s down to its last two weeks.

She then went on: “They moved my shooting dates para I can concentrate on this. Kasi alam nilang patapos na kami. So they gave me enough time to prepare also for this. Kasi I want to change my look.”

Padilla also admitted that she got star struck when she first met her co-star Aga Muhlach for the look test of the Metro Manila Film Festival entry.

Meanwhile, Bela can’t wait for everyone to witness the last few episodes of Sino Ang May Sala? as it is set to answer all the burning questions of its viewers in the coming days.