Angeline Quinto took to social media this weekend to reminisce how her life was prior to establishing a career as one of the most influential performers in showbiz today. 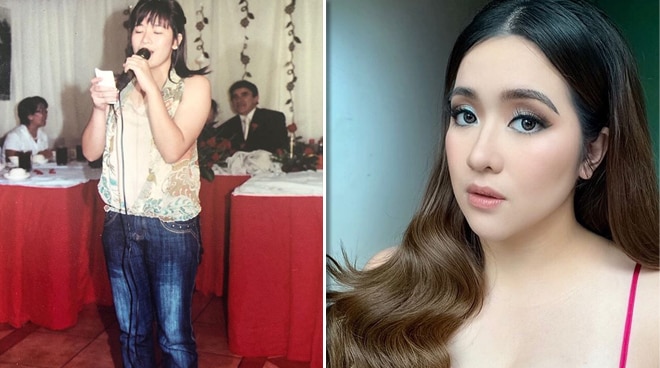 Angeline Quinto took to social media this weekend to reminisce how her life was prior to establishing a career as one of the most influential performers in showbiz today.

Through Instagram, the so-called Queen of Teleserye Theme Songs recalled a time when she used to sing in weddings and debut parties and was getting paid at least P2,500 per gig.

"At pag mababait at natutuwa ang mga kinakantahan ko may pa-take out pa na pagkain pag-uwi ko," captioned Angeline to a throwback photo she shared on her page on Sunday, July 7.

Aside from having gigs, Angeline used to participate in local singing competitions in hopes that she could make it big as a singer. This came true when she emerged as the winner of Star Power: Sharon Search For the Next Female Superstar in 2011, earning, to name a few, a cash prize of one million pesos, a Great Wall Hover SUV, and an exclusive recording contract from Star Records. Later, she would stage her first solo concert and headline as an opening act for Sharon Cuneta's concert tours abroad, particularly the United States.

Angeline, who apart from releasing successful studio albums and staging sold-out shows, has since engaged in several projects, including a mainstay stint in the Sunday concert variety show ASAP and even acting gigs in hit films such as Four Sisters and a Wedding and Born To Love You.