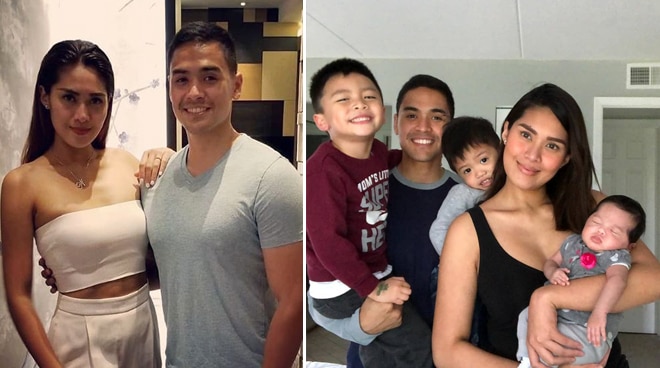 Being a married man and a father has changed the life of Carlo Romero in ways that he could not have expected.

The former housemate from popular reality show Pinoy Big Brother Unlimited had this to say as he opened up about his fatherhood journey as parent to his three kids, Carson, Carter, and Charlotte, with fellow graduate Wendy Tabusalla for the first time at length.

My kids! Happy father's day to all the dads! Thank you ABS-CBN Lifestyle for featuring me in their article! #candy #carlonatics #carloandwendy https://lifestyle.abs-cbn.com/photos/1675/in-focus-carlo-romero-on-raising-a-crazy-family-with-fellow-pbb-grad-wendy-tabusalla/#1/#1/#1/#10

“I was happy and excited because I’ve always wanted children, but I was also scared and stressed because I wasn’t financially stable,” Carlo told ABS-CBN Lifestyle as he recalled Wendy’s first pregnancy.

Nevertheless, the two were able to navigate and eventually get around the challenges of being first-time parents. “If you have a newborn baby, you have to wake up every two to three hours in the middle of the night to feed your newborn. Back then, I had no idea newborns needed to be fed that often,” he recalled. “I have a three-week old baby girl now and I still dread waking up in the middle of the night.”

At least in his experience, parenting is particularly hard for the likes of him who are raising not one, but two boys. “My boys are wild and crazy! They’ll cry for a minute and bounce right back up playing again. I find it very entertaining how their screams can easily irritate Wendy,” he added.

Aside from Wendy, whom he married back in 2014, Carlo said that it is due to his dad that he’s resolved to be the best father that he can be to his own children. “My father worked hard to provide us everything we needed. He woke up every morning at 4 AM, arrived home around 6 PM, ate, showered, slept and repeated,” he recounted.

“(But) the best advice I got from him is to keep a happy family. I had a happy childhood; I hope I can do the same for my family,” he added.