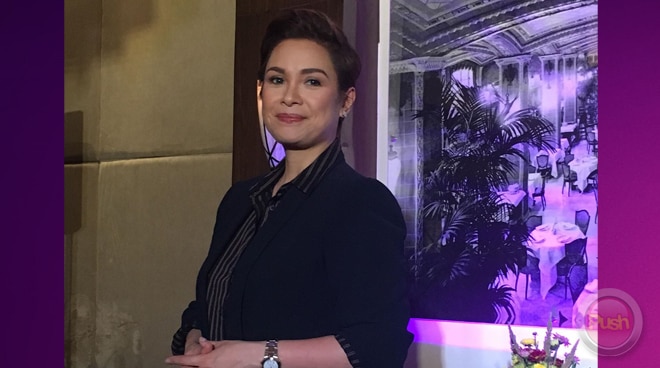 With the upcoming new season of The Voice Kids starting in August, Lea Salonga said she is excited to meet the newest batch of young talents. She was also happy that their former contestant Zephanie Dimaranan ended up grand winner of the recently concluded first season of Idol Philippines. “I’m very happy for Zeph. We first met Zeph on The Voice Kids and her ending on the show was very dramatic and painful. But Kyle (Echarri) did fine despite that ending and magkasama silang dalawa di ba? And now she’s heralded as the first winner of Idol Philippines. She’s grown up beautiful and her voice is still really clean and crystal clear so she has a very bright future and now because she won, who knows what could happen for her. So I’m hoping for the best,” she saidduring her Perfect Ten concert presscon held last July 30.

Lea admitted she was aware of all the criticism online that the show’s judges had to deal with with regards to their decisions and comments throughout the season. “It’s a little unfair to bash someone. I mean, each of those judges is coming from their own unique life experiences as well as their experience in the industry and they can only judge based on what they themselves know. I feel bad for any one of them that had to be on the receiving end of that kind of criticism. They were chosen for a reason so let’s see what they have to say. I mean at the end of it naman, look who ended up winning. So they were not wrong,” she explained.

As for judging talent competitions, Lea said The Voice Kids is especially hard because of the more sensitive nature of their younger contestants. “I think even Sharon (Cuneta) came out with a press release saying that it was a very difficult experience for her because she tends to get attached. So when you have to do battle rounds which means you have to be the one cutting people down, it’s difficult. After you gain a relationship, all of a sudden bye. It’s hard. It’s very difficult to do. I’m a little more mean (laughs) yes. I went in knowing this was what I had to do and it’s kind of a contest internally between the coaches. Even we have learned to expect the unexpected but it’s a very exciting reality contest to be a part of though it can be heartbreaking especially when its children because of the tears that happen. Kids cry so you have to be kind of a therapist and surrogate mom and learn how to pacify an eight-year old that didn’t get through. And it’s hard. It’s never really easy. As much as I tell people that I have a tough exterior, it’s still not easy for children,” she explained.

With The Voice Kids entering its fourth season, Lea said nothing has changed when it comes to what they are looking for in singers. “Yung marunong kumanta. Yung mga hindi marunong kumanta don’t have to apply. Blind auditions, we will turn for your voice. That’s the only basis of getting into the show. Do you have a voice? We don’t know kung maganda, pangit, pandak, matangkad, naka-wheelchair, naka-crutches. We know nothing. The only thing we know is if they can sing. And if it something that makes us palpitate, that kind of makes your soul explode with happiness, then we turn. Idol (Phllippines) kind of works in reverse where it’s the looks first and you hope na marunong kumanta. In our case, here’s the talent. And then when you turn around, you hope naman that it’s something the public can enjoy. Boy, it’s hard. It’s a tough one,” she shared.