Carlo Aquino said he and Angelica Panganiban have talked to each other numerous times already. 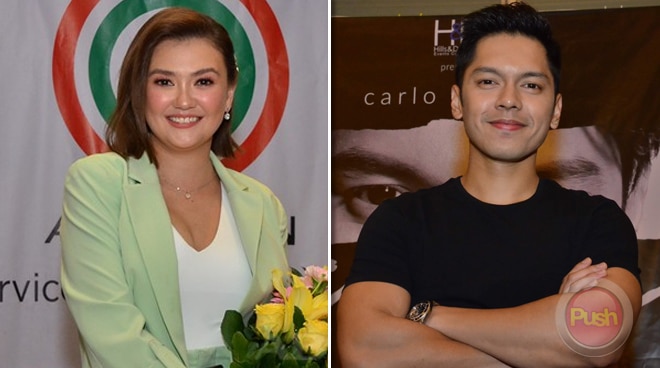 Carlo Aquino aired his thoughts on a tweet by his former onscreen partner and ex-girlfriend Angelica Panganiban, wherein the latter said she no longer wants to work with him.

During the presscon for his upcoming major solo concert, Carlo did not shy away from all the questions related to the issue that were thrown at him.

According to Aquino, he would rather not comment on it as he doesn’t want to add fuel to the fire. He also admitted that he has no reason to quash Angelica Panganiban’s emotions as he understands them to be perfectly valid.

Despite the tweet pointed at him indirectly, the singer-actor said he doesn’t have any hard feelings toward his ex.

With fans speculating whether or not they have already ironed things out, Carlo also revealed he has already apologized to Angelica in person.

The 33-year-old Kapamilya actor doesn’t want to talk about what happened between them because they have already talked about it several times.

Aquino also got asked if they are back to being friends again. To which he responded: “Uh sa ngayon, ako kasi okay na ako eh. Hindi ko lang alam kung papano siya towards me.”

Meanwhile, the star of the upcoming Kapamilya serye A Soldier’s Heart, also said that he is not closing his doors on the possibility of working with Angelica again in the future.

Meanwhile, Carlo Aquino is set to hold his upcoming major solo concert Liwanag at the Music Museum on August 31.