After five years, Kris Aquino returns to doing horror with the movie Kampon. 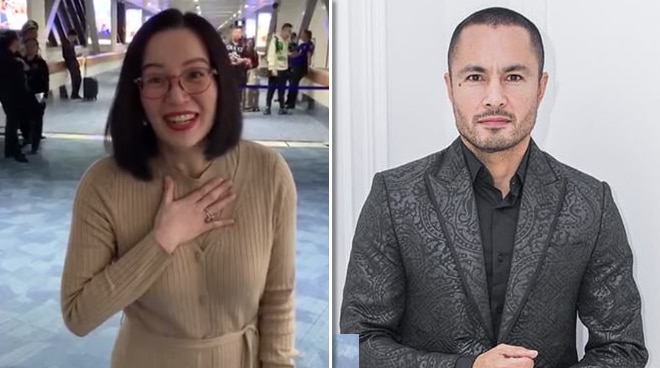 During her latest Youtube video before leaving the country last July 28, Kris Aquino shared that she was taking a short vacation with her sons before shooting starts with her Metro Manila Film Festival (MMFF) entry Kampon.

"I'm very excited about it. It's my return to horror after five years and it's part of the Metro Manila Film Festival. Thanks to the two of them (Josh and Bimby) dahil pinayagan nila ako to do a movie. Nag-ask permission talaga ako, 'Are you allowing mama to do the movie because the movie is horror and there is a love scene," she shared in her YouTube video taken at the NAIA1 in Pasay City.

During the video, Kris explained to her younger son Bimby why there has to be a love scene in the movie. "I'm going to have a baby. How do you have a baby without a love scene? Sabi ni Bimb, bilhan ko lang daw siya ng 20 games for the X-Box and I don't know where else na games and I get to do a love scene.

Kris revealed that she did not approve of the initial script for her love scene with Derek Ramsay, who was also her leading man in the 2015 MMFF entry All You Need is Pag-Ibig.

"Actually kinabahan ako kasi pina-tone down ko. It kind of helps na yung management company that's taking care of me, which is Cornerstone, which is also the owner of Spring Films, which is co-producing Kampon, so medyo nasabihan sila kung puwedeng hindi ganun kasi the way it was written, I think that's not bagay for me. But I think all other girls will say, 'Kung ako yun I'd go for it because si Derek Ramsay naman yung ka-love scene.' Pero sorry po iba naman ako," she further explained.

Watch her full live stream below: