From R-18 to R-16: Director Chris Martinez explains why ‘Mga Batang Poz’ is for young people 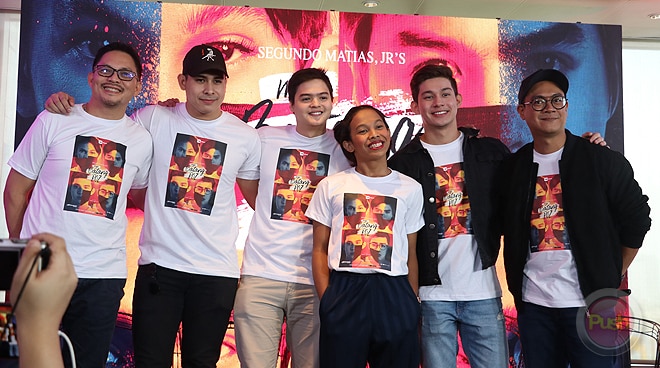 "I want the young people to watch it," this is the honest statement of the Mga Batang Poz director Chris Martinez at the press conference last Wednesday, July 24. Dubbed as an advocacy project of iWant, the web series will tell the stories of four young people living with HIV and struggling with the stigma.

Since the series will talk about sensitive topics like 'MSM (men having sex with men)' and 'sexual abuse', iWant Programming Head Richard Reynante told the press that this series supposed to be R-18, but they decided later on for it to be lowered to R-16 to fulfill its cause of educating young adults.

"When we saw the statistics ng affected nito (HIV epidemic) ay 15 (year olds) and younger, parang we felt that we are doing a great disservice to the people kung hindi mae-educate ang kabataan.

Direk Chris also defended the decision to make the series available to young people. He said that its goal is to educate the actual age-group that's affected by the HIV epidemic.

"Hindi ito something na malaswa or something na dapat ikahiya na panoorin... Because this is really done for our youth. This is to save them, to inform them, to make them aware of what's happening around them," the 2013 Palanca Awardee continued.

Awra Briguela, Mark Neumann, Paolo Gumabao, and Fino Herrera, will play the roles of the four main characters who acquired the HIV through unfortunate circumstances. Mga Batang Poz series will be available on iWant for free starting July 26.

“This is made for the youth, to save the youth,” Direk Chris said. pic.twitter.com/pGKueNHEDh

Meanwhile, it was also announced during the press conference that Mga Batang Poz's movie and director's cut version will be screened at Cinemalaya 2019 Exhibitions Premiere.