Is ‘Weightlifting Fairy’ getting a second season? Here’s what Lee Sung-kyung has to say

Lee Sung-kyung is not closing her doors for a second season of Weightlifting Fairy’! 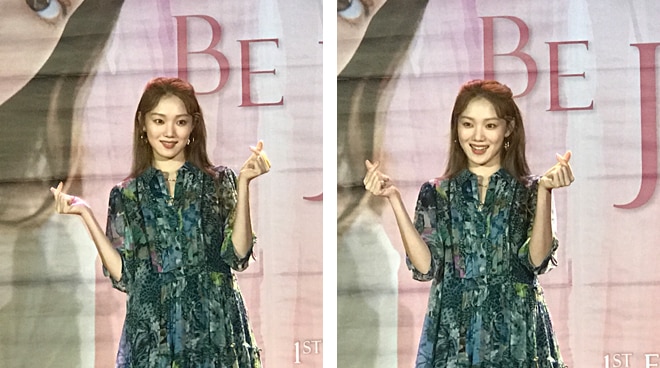 Lee Sung-kyung met with the media and a couple of fans in an intimate event ahead of her fan meeting to answer questions including one about the possibility of a second season of the hit K-Drama Weightlifting Fairy Kim Bok-joo.

Thanking her Pinoy fans for the support they have given to the show which aired on ABS-CBN back in 2017, she said: “I have heard that Filipino fans really love the Kim Bok-joo series. So thank you very much.”

Sung-kyung likewise revealed that she had to go through a lot of physical challenges just to achieve the required weight in the show.

“I was physically challenged to look chubbier and look like Kim Bok-joo. But to fill in the character, I tried really hard to understand the personality, the characteristics, and small steps of Kim Bok-joo,” she said.

With many of her fans wanting to see her reunite with co-star Nam Joo-hyuk for a second season of Weightlifting Fairy, Lee Sung-Kyung said she’s not closing her doors to continue the story of Bok-joo.

“I have to discuss with the director and the writer of Kim Bok-joo,” she said.

Having proven that she is a multi-talented star, the South Korean star got asked to pick what she enjoys doing the most right now.

“I can’t specifically choose because I’m having fun with all of them. But now, since I’m an actress, I love doing acting,” she said.

Lee Sung-kyung also gave a sweet message for her Pinoy fans after getting asked on how she feels about the love and energy she’s been getting from her Pinoy fans.

“I love you Philippines. Thank you so much,” she said.

“I have heard from my friends and other people that there are beautiful parks and great horseriding experiences as well. But since I have a hectic schedule on this trip, I’m coming back for a vacation to visit a lot of places,” she said.

Meanwhile, Lee Sung-kyung will hold her first-ever fan meeting in the Philippines tomorrow, July 27, at the SM Skydome. It will be hosted by Kapamilya actor Alex Diaz.