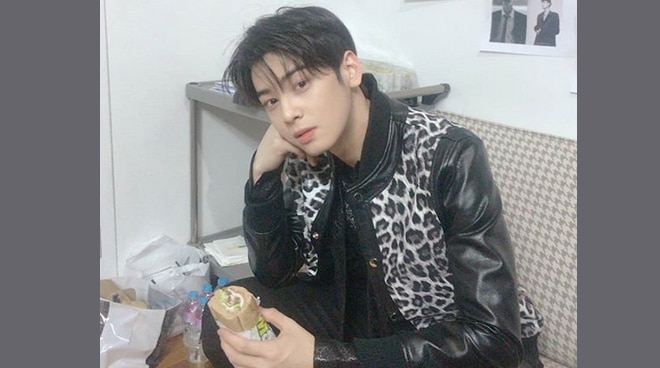 South Korean singer and actor Cha Eun-woo is coming to Manila to hold his first-ever fan meeting in the country.

This was announced today, July 25, by events promoter Wilbros Live.

Eun-woo will be kicking off his first-ever solo fan meeting in Hong Kong on October 19. Then, he will be heading to Taipei on October 20 and Bangkok on October 23 before finally coming to Manila on October 26.

The last stop of his tour will be Kuala Lumpur, with a show happening on October 27.

Cha Eun-woo's Just One 10 Minute fan meeting is happening on October 26 at the New Frontier Theatre.

Having started his career as an actor by snagging a minor role in the 2014 film My Brilliant Life, Eun-woo eventually rose to fame after debuting in K-pop group ASTRO.

Cha Eun-woo also played Do Kyung-seok, one of the lead characters in the series Gangnam Beauty, which will air on ABS-CBN this August.

He is also part of the historical drama Rookie Historian Goo Hae-ryung, which streams on Netflix.

Eun-woo previously came to the Philippines in 2018 for a vacation in Cebu.