Will 'You do note' girl finally make an appearance on 'Kadenang Ginto'? 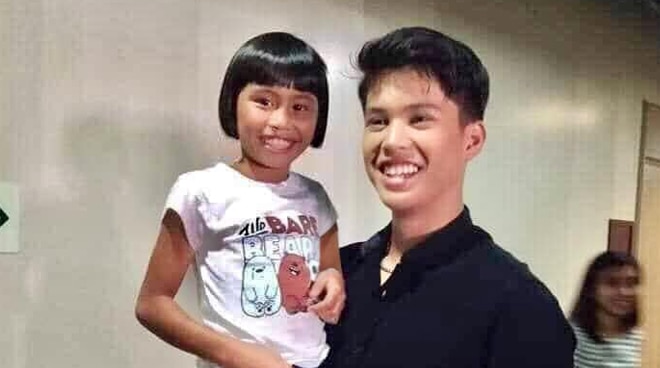 'You do note' girl, also known as the child behind the viral Kadenang Ginto impersonation videos, has finally met one of the lead stars of the top-rating Kapamilya Gold show.

In the photo, Kyle Echarri, who plays Kristoff Tejada on the show, can be seen carrying the girl at one of the hallways inside the premises of ABS-CBN.


See one of her videos below:

Meanwhile, fans have been clamoring for her appearance on the show.

"Petition to make her part of Kadenang Ginto cast," one netizen wrote to one of the show's directors, Jojo Saguin.

Petition to make her part of Kadenang Ginto cast pic.twitter.com/trEtZHCwuw

To which the director replied: "Noted po."

Meanwhile, another fan suggested that 'You do note' could fit as one of the lead actors' classmates at school.

But according to Saguin, as much as he wants it to happen, the age might not be suitable for the role.

While there is no guarantee yet that 'You do note' will make an appearance on the show, fans have high hopes that the director will fulfill his words.

Kadenang Ginto airs on ABS-CBN from Mondays to Fridays after It's Showtime.