Neil Arce extends gratitude to Dimples Romana for taking part in his engagement to Angel Locsin. 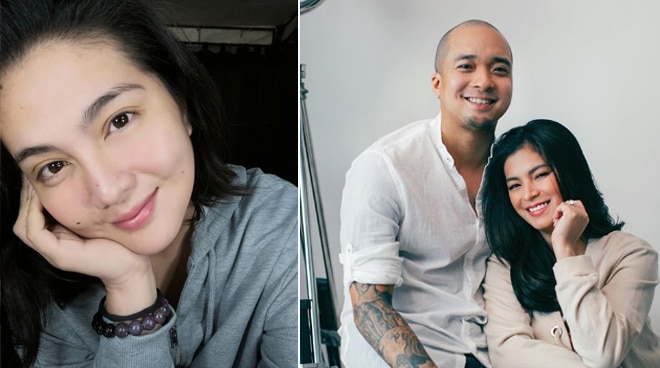 Dimples Romana wrote a heartfelt message for her best friend Angel Locsin after the latter announced her engagement to boyfriend Neil Arce last Saturday, June 29. In an Instagram post, Dimples expressed how delighted she is that Angel has finally met the man who she will spend the rest of her life with.

"Mahal kong Lyka @therealangellocsin you will always be my beloved Huling Bantay. ️ it has been a complete honor and privilege to have journeyed through this life beside you.For now, your Gabay , Trixie will sign off bilang tagapangalaga mo. Kasi dumating na sya . Eto na yung magaalaga sayo pang habambuhay," Dimples posted.

In response to the post, The General’s Daughter star said that she wants Dimples to still stay by her side even if she is already getting married. "Hoooooy! Di ka pwedeng mag sign off!!!! Marami ka pang duties sa akin hehehe. Dito ka lang sa tabi koooo," the actress wrote.

READ: Dimples Romana on BFF Angel Locsin: ‘She would make a great mom and wife’

Angel and Dimples first worked together on the Star Cinema movie Love Me Again in 2008, when the former transferred to ABS-CBN after being a long-time GMA talent. The TV series Lobo, was their second project together. A decade later, the two actresses friendship remain stronger than ever, with Dimples saying in a previous interview, “A perfect example na hindi totoo na mahirap makahanap ng totoong kaibigan sa industriyang ito. Puwede, meron. Ano lang, you just have to be open.”