EXCLUSIVE: Say Alonzo shares secret to her closeness with other PBB alumni

Celebrity mom Say Alonzo wants to go back into acting after having two kids. 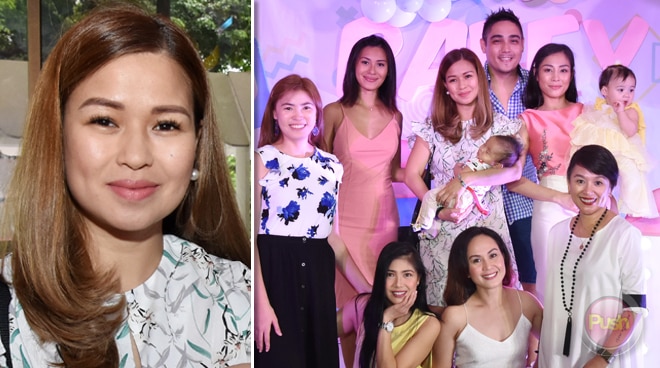 As part of the original batch of Pinoy Big Brother housemates of 2005, it was easy to assume that Say Alonzo would be close to her fellow housemates. But the kikay mom said she is also really close with housemates from the succeeding season of PBB like Gee-Ann Abrahan. “Actually sa batch two naging close ko silang lahat kasi si Gee-ann muna yung naging close ko. After nung PBB niya, I think we had a reunion of some sort with all of the other housemates and I remember Gee-Ann introducing herself to me, parang sabi niya the reason why she joined PBB is because of me kasi sobrang kikay ko daw, ganyan. Tapos parehas kaming cheerleader, parehas kaming maarte, ganyan daw, kikay (laughs),” she told PUSH.

According to Say, her friendship with Gee-ann paved the way for her to get to know even more housemates on a deeper level. “So ever since nun we because friends and then she introduced me to the other PBB housemates like sila Dionne (Monsanto) who is ninang ni Austin now. Si Bea (Saw) is also ninang of my first son Austin. Kami kasi yung mga nauna na batch, kami nila Nene (Tamayo) 14 years ago, sila Gee-Ann 13 years ago nag-PBB,” she explained.

Choosing to lie low from showbiz after getting married to her husband Ryan Tordesillas in 2011, Say admitted she would want to get back into acting in the future. But even as a blogger and event host, Say said she is not the type to go into vlogging. “Wala pa naman akong projects pero hopefully makabalik ako sa TV pag okay na schedule sa mga bata. You know I tried vlogging but it’s so time-consuming that it’s taking away time from my kids. Kasi di ba when you vlog you have to edit everything? It’s so tedious. Inisip ko kasi, if I’m going to vlog, I tried it before and it was so time-consuming. I’m editing everything. Sabi ko, instad of editing for two to three hours, parang I’ll just use that time to play with my son. Tapos if I get someone to edit it I’ll have to pay the/m so that defeats the purpose. That’s why I’m not vlogging and I only vlog pag kailangan sa work, pag may nagpa-vlog, hindi talaga siya sobrang personal. But I’m so transparent. They can check my Instagram, in my Stories I always put whatever I’m doing there anyway but yun na lang. Sobrang hirap mag-edit kaya. At saka kawawa sila kasi,” she explained.