Kathryn Bernardo didn’t have to think twice when asked which Kapuso celebrity she hopes to work with next after Alden Richards. 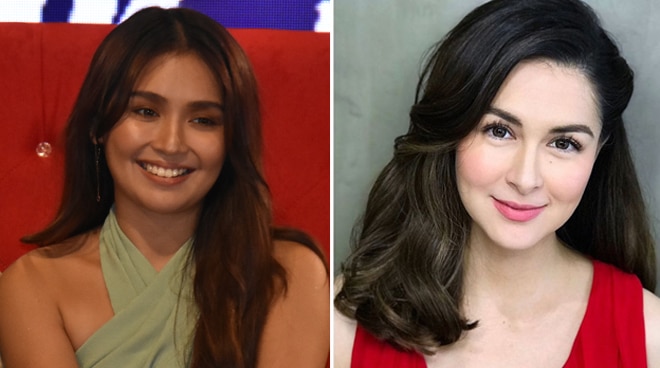 Kathryn Bernardo didn’t have to think twice when asked which Kapuso celebrity she hopes to work with next after Alden Richards.

In her July 12 guesting on Unang Hirit to promote their upcoming film, Hello, Love, Goodbye, the actress could not help but gush as she reiterated her wish to work with her longtime idol Marian Rivera, whom she described as “the most beautiful face on earth.”

It could be recalled that Kathryn once played the younger version of Marian’s character in the Philippine adaptation of the Korean drama series Endless Love in 2010. Sadly, the two did not get to cross paths on set.

“Pero nagkikita kami sometimes sa events,” she said, adding that Marian, in fact, turned up in her star-studded debut party back in 2014. “Sobrang saya ko no’n.”

She also reminisced about her days as young Jenny Dizon with former co-stars Kristoffer Martin and Joyce Ching.

Directed by Cathy Garcia-Molina, Hello Love Goodbye is scheduled for a nationwide release on July 31.