EXCLUSIVE: Leila Alcasid says her dad Ogie does not interfere with her career 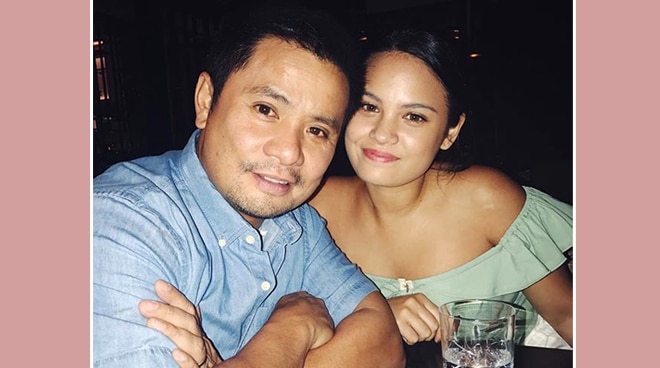 After her debut single last year, Leila Alcasid revealed she is excited to finish working on her new album this year.

“So I’m working on a new EP which will hopefully be coming out beginning of August. So currently I’m working on recording each of the tracks. I just had an EP shoot. I’m releasing it under Tarsier records which is exciting. It’s my first time working with Tarsier. I love how they do things. I love that they really get the kind of music that I want to do,” she shared with PUSH.

Unlike her previous songs, Ogie Alcasid’s eldest daughter said her next songs will be her own compositions.

“It’s definitely new for me because compared to my previous stuff that I’ve released, this project is entirely written by me which is scary but also really exciting because it’s always fun to be able to express yourself and to have it solely yours,” she added.

Even with a dad who is a highly successful performer and former president of the Organisasyon ng Pilipinong Mang-Aawit (OPM), Leila stated he does not interfere with her career.

“Actually he’s more of I’ll just do it and then I’ll show it to him once it’s done. He’s very supportive. But in terms of getting to that point, I’ve figured out what it is I want to do and I’ve figured out who I am and he’s very good at just letting me do that which I really appreciate,” she admitted.

After moving to Manila three years ago, Leila also shared that aside from a musical career, she enjoys pursuing other creative stuff like her love for photography.

“One of the first cameras I bought when I moved to Manila was a Fuji film camera. I love having a physical picture around that I could put on a spot. So to be part of a brand that I genuinely love and that I really use all the time, it’s really exciting. I’d always bring it with me every time I had a get together and especially when we travel,” she related.