Why does Edward Barber call Maymay Entrata one of his biggest critics? 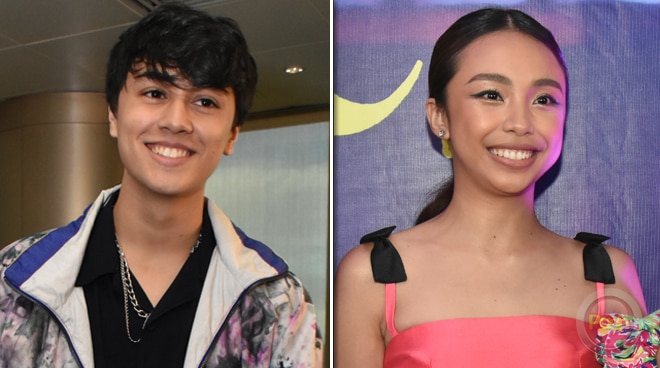 Despite having been in the limelight since 2016, Edward Barber, who was introduced as one of the newest VJs alongside Ylona Garcia and the three winners of the MYX VJ Search 2019, admitted that he feels pressured with his newest hosting stint.

“Of course. I mean like there’s pressure. I’m sure for all of the new VJs as well. We’re all under pressure. When did anyone achieve anything that there wasn’t pressure, there wasn’t stress? If there’s no stress, it’s not worth it,” Edward said in an interview at the launch of the new MYX crew.

Good thing then that love team partner Maymay Entrata never stopped supporting him, especially after she found out that he was handpicked to become a MYX VJ.

“Sobrang supportive. Kasi she knows I wanted to do this. Actually, as I said kaya nang binanggit ko kanina, when I guested before as a MYX Celebrity VJ—she did it before me so she experienced it all before me. So I was crazy nervous even though it was just one day of taping. Like the whole month and I remember how nervous I was. But how I actually walked away from my taping. Parang sobrang saya ko. Like ang gaan sa pakiramdam,” he stated.

Describing the other half of the MayWard tandem as one of his biggest critics, Edward revealed that Maymay has always been upfront when it comes to judging him professionally.

“She’s really supportive. Until now she’s there. She’s one of my biggest critics. She’s always the one telling me ‘Ang stiff mo naman.’ Parang, ‘Ano ba yan?’ She’s always there,” he said.

Asked what advice he received from his onscreen partner Maymay, who once became a celebrity VJ for a month, he said: “Listen. Kasi sometimes, my problem—especially before. Now, I think I’m slowly getting over it. When you’re a host, you try and always have questions. So instead of listening, you’re thinking about your next reply. Ang weird. Ang awkward. Parang di connected sa conversation. So ‘yung ang advice niya. Makinig ka sa guest or sa nangyayari sa paligid mo.”

Edward, a self-confessed worrier, revealed he still has stage fright up to this day and shared how he deals with situations where panic comes in.

“Ako personally worrier ako, panicker ako. I’m always anxious. Hindi ko alam kung halata. Feeling ko halata,” he said. He then went on: “For me, no one can help you. ‘Pag magpeperform ka, ‘pag maghohost ka, you go on set. Doesn’t matter how supportive your family is, doesn’t matter how many friends you have. Ikaw ‘yun eh. You have to be able to deal with that upon yourself.”

He then went on: “I have certain things that I do now that personally I don’t want to share. Big thing’s just breathing. So just breathing and learning to listen to things around you,” he said.

Apart from MYX, Edward is also one of the hosts of iWant ASAP alongside Maymay Entrata, Donny Pangilinan, and Robi Domingo.