Song Hye Kyo was spotted in China a week after her divorce from Song Joong Ki was announced. 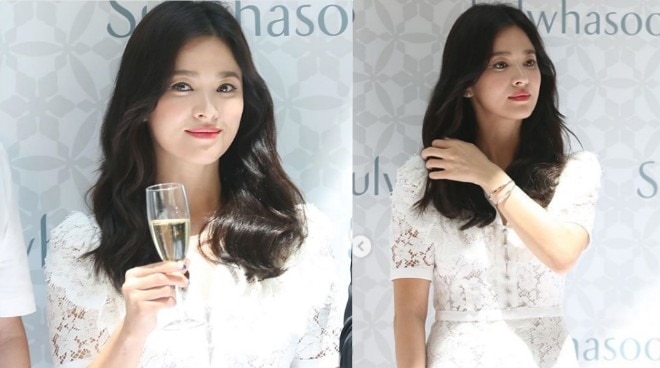 A week after her husband Song Joong Ki announced that they are divorcing, actress Song Hye Kyo made her first public appearance. The actress was spotted in Hainan, China for the promotion of a South Korean cosmetic brand she is endorsing.

Harper’s Bazaar Hong Kong shared snapshots of the actress at the event on July 6.

It can be recalled that on June 27, Joong Ki's lawyer confirmed that the couple are separating. In a statement, the Descendants of the Sun actor remarked that he hopes to settle his divorce from the actress peacefully.

“Hello. This is Song Joong Ki. First, I’d like to apologize for delivering this unfortunate news to the many fans who love and care for me. I have begun the process of filing for divorce from Song Hye Kyo. Rather than denouncing one another and arguing over who is to blame, I hope that the divorce process can be wrapped up amicably," Joong Ki said in a statement.

Meanwhile, Hye Kyo’s agency United Artists Agency (UAA) Korea confirmed the news by releasing a statement on behalf of the actress. “The reason [for the divorce] is differences in personality and because the two were unable to overcome their differences, they were forced to come to this decision," the agency said.