Is Richard Yap pressured of being part of ‘Kadenang Ginto’?

Richard Yap plays the character of Leon, the new character in Kadenang Ginto. 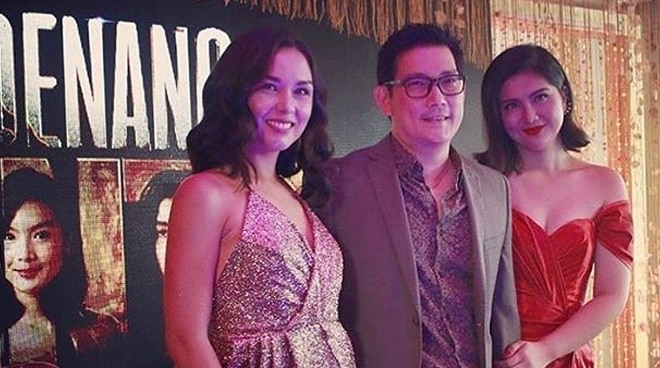 Richard Yap admitted that he is quite pressured of being part of Kadenang Ginto considering that it is a massive success already. Despite the pressure, he is happy that his fans have already expressed their elation now that he is back on doing a TV project.

“”Yun na nga medyo may pressure kasi alam ko it is a very successful show already so I have to bring something to the table. Of course alam kong hindi lang naman ako ang gustong panoorin niyan. Sila pa rin dalawa (referring to Dimples Romana and Beauty Gonzalez), of course I will do my share but as of now nakakatuwa lang kasi ang dami ng nagte-text at nate-tweet sa akin na they are going to reconnect their TFC already kasi kapag pumasok ako sa [Kadenang Ginto] ano mag-subscribe sila ulit so maraming [who] out of the country who are going to subscribe to TFC again," Richard said.

According to the actor,  he did not expect that he will be offered the role. He was planning to take a leave from showbiz until August when the Kadenang Ginto offer came.

“I was just planning to take a vacation, take a leave siguro until August so this was a very welcome offer and I am very thankful na kinuha ulit ako ng ABS-CBN at Dreamscape and of course I am really thankful na I'm part of Kadenang Ginto because this is such an awesome show at ang daming nanonood,” he said.

Richard relayed that his role in the show is far from the previous roles he portrayed.

“Ibang-iba si Leon dito kasi hindi siya mayaman. Usually mayaman ang roles ko eh ito hindi ako mayaman. Mag-uumpisa ako from the bottom at magtutulungan kami ni Romina (Beauty) dito. Tutulungan ko siya so may ibang klase ang character ko but I can't tell you what it's all about so you have to watch it to know,” he stated.