Daniela and Romina wore their famous red and gold dresses while riding a tricycle in Quezon City. 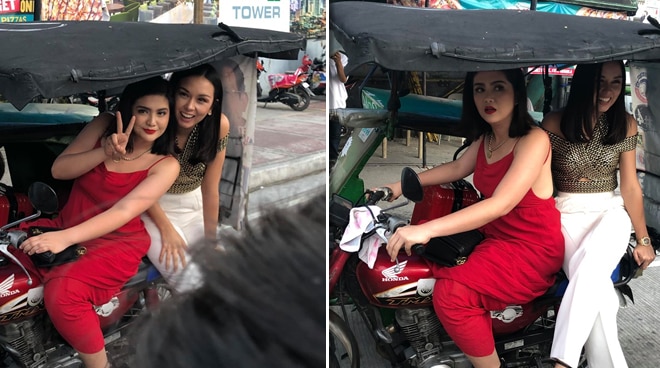 Dimples Romana and Beauty Gonzalez, who play Daniela Mondragon and Romina Mondragon in the hit Kapamilya Gold series Kadenang Ginto, gamely turned one of their viral memes into reality.

Spotted by a fan named Romeo Bryan Riel at a street around Quezon City, Daniela Mondragon can be seen sitting on the driver's seat of a tricycle while Romina sat behind her.

Both actresses wore their famous red and gold dresses, respectively.

Meanwhile, in a Magandang Buhay interview, Dimples Romana and Beauty Gonzalez revealed they didn't expect their characters on the show would become a hit.

Gonzalez, on her part, thanked Dimples for bringing out the best in her because of the former's praiseworthy portrayal of Daniela Mondragon in the top-rating Kapamilya show.

Kadenang Ginto is set to mark its Book 3 with Richard Yap entering as one of its newest characters to watch out for in the show.