The movie marks the first project of Paulo Avelino and Janine Gutierrez, who are both artists of rivaling networks ABS-CBN and GMA, respectively. 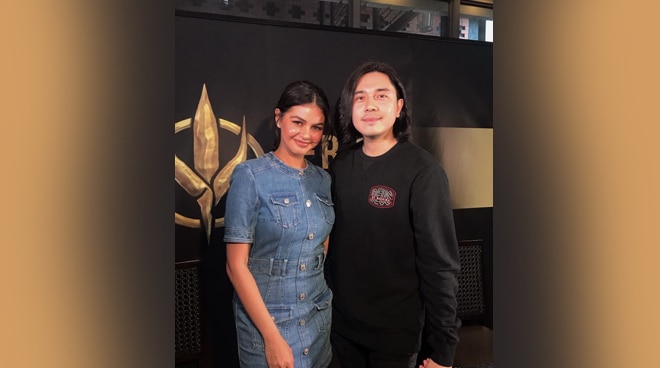 After Fan Girl, Paulo Avelino happily gave his fans another reason to celebrate as he announced a second big screen project this year —  this time, together with Janine Gutierrez as his newest leading lady.

The two are set star in T-Rex Entertainment’s latest film offering If We Don’t Make It, which tells the story of two people “who are more than friends but less than lovers.”

“We’re super excited for this awesome crossover”, captioned the film studio to a Facebook photo of Paulo and Janine during their story conference held Tuesday.

If We Don’t Make It marks the first project of Paulo and Janine, who are both artists of rivaling networks ABS-CBN and GMA, respectively, and follows the fresh pairings of Alden Richards-Kathryn Bernardo and Maine Mendoza-Carlo Aquino.

The project will be directed by Prime Cruz and written by Jen Chuaunsu. No target date for the project has been announced.

Paulo Avelino Janine Gutierrez If We Don’t Make It