Queen of All Media Kris Aquino is the first publicly confirmed ‘ninang’ in the highly anticipated wedding of Angel Locsin and film producer Neil Arce. 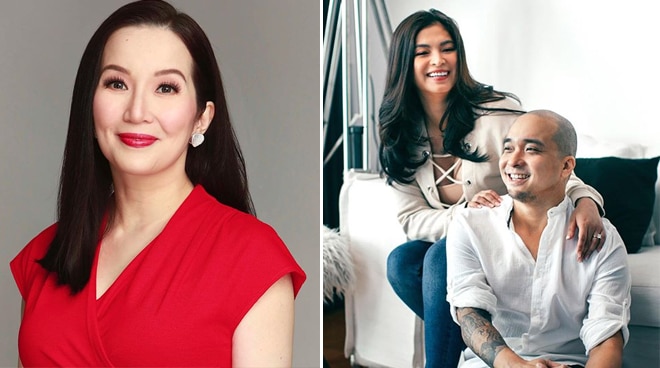 Kris Aquino will stand as principal sponsor in the highly anticipated wedding of Angel Locsin and film producer Neil Arce.

Still on a high from everyone’s reaction and well wishes. hehehe! Thank you sooo much for being part of our journey & adding so much joy to our engagement. Love you guys!🥰

This was publicly confirmed in an exchange between Kris and Angel on Instagram as news of the latter’s surprise engagement with Neil took social media by storm over the weekend.

“Ninang pa rin ba ‘ko?,” asked the Queen of All Media in one of the now-viral engagement photos shared by Angel on her page, to which the younger actress replied, “Yes please ate! Please be our ninang!”

As early as April of last year, Kris has been forthcoming about her wish to stand as principal sponsor in the couple’s future wedding, citing in a previous comment that she approves of Neil for Angel.

Angel revealed her engagement to Neil in a series of Instagram posts on Saturday. Through her Instagram Stories, she said that she and her fiancé have yet decide on a date, a venue, and a wedding planner for the big day.

The two have been dating for more than a year but have known each other for seven years.