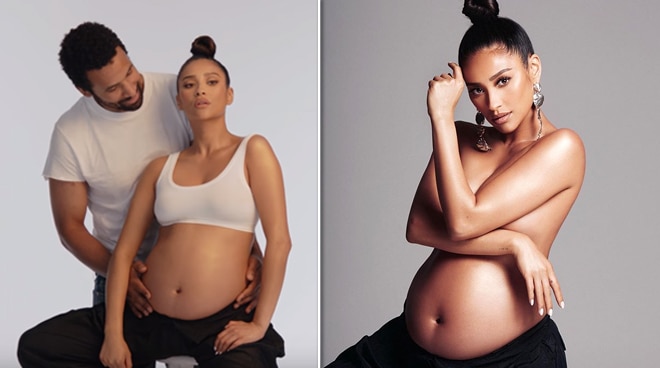 The “You” star, who is expecting her first child with boyfriend Matte Babel, made the announcement on Sunday by sharing a photo of her pregnancy bump on Instagram.

“Does this mean I’m allowed to drive in the car pool lane at all times now?,” she wrote in a caption.

Does this mean I’m allowed to drive in the car pool lane at all times now?

In a vlog entry she shared on Friday, Shay described her pregnancy journey as “exciting, nerve-racking, difficult, and emotional all at the same time”.

“Everyone waits for the right time to make the announcement and for me it wasn't until I couldn't hide it anymore and was tired of wearing oversized sweatshirts,” she said.

“We're beyond excited and looking forward to starting a family. I've learned so much about myself and parenthood over the past 6 months, and feel like I haven't even scratched the surface,” she added.

It was just in January when Shay, who first rose to fame for her role in the hit American series “Pretty Little Liars”, revealed she had suffered a miscarriage 2018.

“We all have to deal with various struggles and challenges in life. And sometimes, it’s easier to only showcase the good times on social media, which is what leads many people to criticize it for its lack of authenticity,” she said on her Instagram Stories.

“Having so many people follow me on Instagram and read my posts is both incredibly humbling and hugely uplifting. The support and affection that so many of you show me lifts me up during even my darkest days, one of which happened last year after I miscarried and lost the child of my hopes and dreams,” she added. 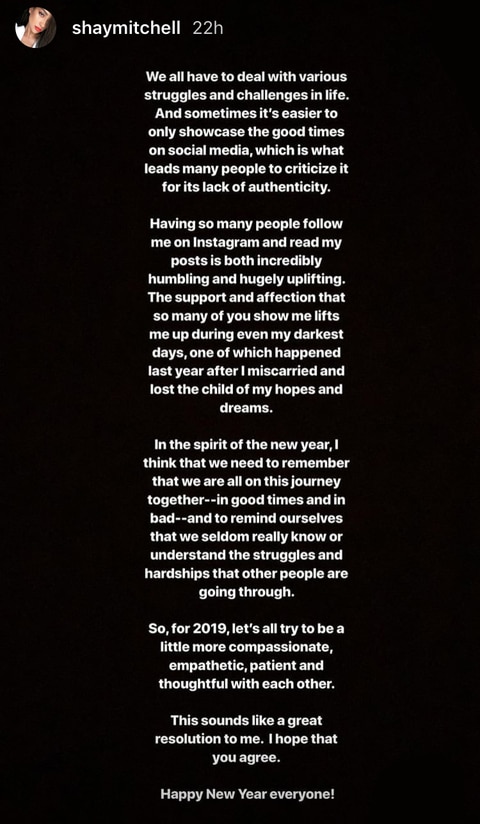 In the same month, Shay visited the Philippines to promote “You” in Manila together with co-star Penn Badgley, after which she flew to El Nido, Palawan for a quick vacation before flying out.