Eddie Garcia was rushed to the hospital on Saturday because of a severe heart attack. 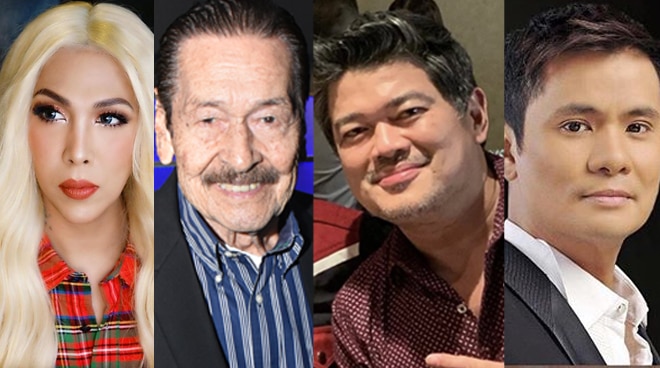 Following the news that veteran actor Eddie Garcia was rushed to the hospital after a "severe heart attack," his friends and family in the entertainment industry have extended their prayers for his recovery via social media.

Eddie is still in critical observation according to his family.

"He is still under critical observation and all his doctors are doing their best to assure that he gets the best care. Our family would like to extend our sincerest gratitude to all those who have expressed concern and extended prayers. Please continue praying for Tito Eddie’s fast recovery," his family said in a statement.

See the tweets of support from celebrities below:

Papa would always tell me stories about Tito Eddie Garcia.
Praying for you & your exceptional way of being. 🙏🏻

Lord God we pray for Tito Eddie Garcia’s wellness and safety. He will be healed. We claim in Jesus’ name, Amen.

Eddie's career in the entertainment industry began in the 1950s. Throughout his career, he bagged numerous awards and is the only FAMAS hall of famer in three separate categories.

He is most remembered by Kapamilyas as Don Emilio, the long-time villain on ABS-CBN's primetime series FPJ's Ang Probinsyano.