Arjo Atayde excited to become a producer this year

Arjo Atayde admits he is proud to be part of a unique kind of love story. 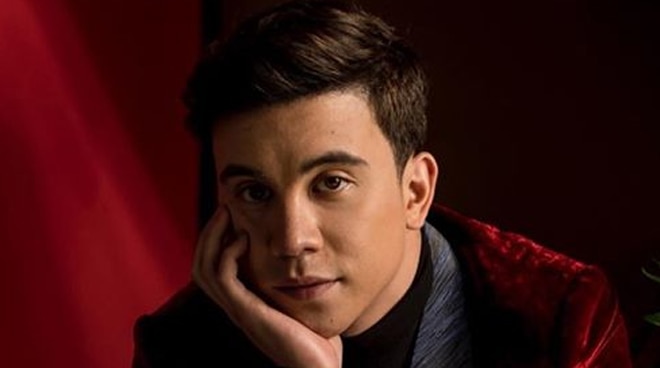 After starring in projects like iWant’s Bagman and Stranded earlier this year, Arjo Atayde said he is also excited to share some more good news later this year which involves him working behind the camera for a change. “I’m very, very thankful for everything. Sabi ko nga very overwhelming lahat ng nangyayari. I have a lot of things to do. Well one of my plans is I’m producing soon as well. I’m getting into producing very soon, maybe at the last quarter of the year our film is going to come out,” he shared.

As the son of veteran actress Sylvia Sanchez, Arjo said he does not want to rely on his genes alone. “Sa daddy ko talaga nakuha yun. Walang kinalaman mama ko ngayon (laughs). I’m thankful. I believe that being an actor, it all depends on your sensitivity. Sobra. Instinct and pag-re-react. And I’m very thankful naman din. It’s a big help of course that my mom’s in the industry kasi atleast alam ko yung mga pros and cons ng mga bagay bagay di ba bago pa ako pumasok. I think there’s an advantage if your mom’s an actress. Whatever I worked for, I acted my ass off,” he said.

When his recent onscreen pairing with Jessy Mendiola did not sit well with some netizens who have been posting negative comments online, Arjo said he was never affected by the backlash. “Sobrang comfy kasi ever since so every time we see each other we’re comfortable with each other so masaya ako nagkaroon ng opportunity to work with her. Wala akong pakialam. I’m the wrong person to talk about bashing. Wala akong pakialam. Bashers will be bashers. Wala akong pakialam sa kanila. Wala talaga, I don’t even read. I have no time to read. My family is supportive of whatever I choose to do,” he shared.

For his next projects, Arjo admits he is open to working with other actors like John Lloyd Cruz. “I’m open to work with anyone. Wala akong pinipili talaga. I’m a character actor so place me anywhere, give me anyone. Let’s work,” he said. When asked if he would also be open to working with rumored girlfriend Maine Mendoza, Arjo gave an open-ended answer, “When the time is right. Tingnan po natin,” he said.