Jodi Sta. Maria on picking roles: ‘The role has to be challenging’

Jodi Sta. Maria talks about what it takes for her to say ‘yes’ to a role. 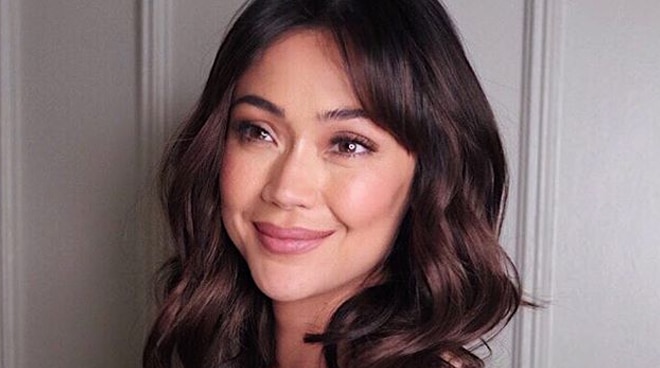 Jodi Sta. Maria was actually offered the role in Clarita last year, but she couldn’t give a definite yes since she was still committed to a teleserye. “During that time kasi, I was still doing Sana Dalawa Ang Puso Ko, so hindi ko sila agad masagot for the reason na hindi ko kayang gawin kasi may dalawa akong character na kailangang gampanan,” explained Jodi. “Ayoko naman gumawa ng isang proyekto na hindi ko mabibigyan ng justice ‘yung character kasi I will be very unfair to the audience, to myself, and also to the production team.”

Incidentally, there were delays in the production and the role still found its way to her. “It’s interesting, and it’s something that I’ve never done before,” she said.

Jodi has played diverse roles through the years and has shown a wide range of skills. Jodi was Tabing Ilog’s tomboyish George, Be Careful With My Heart’s endearing Maya, Pangako Sa ’Yo’s intense Amor Powers. She was both Mona and Lisa in Sana Dalawa Ang Puso Ko, and is now Fina Capuyan-Baniaga in Mea Culpa: Sino Ang May Sala?

It isn’t the first time that Jodi took part in the horror genre. In 2008, she played alongside Susan Roces, Kris Aquino, and Albert Martinez in the television mini-series Patayin sa Sindak si Barbara. In 2014, she did Maria Leonora Teresa with Iza Calzado and Zanjoe Marudo.  Earlier this year, she co-starred with Marvin Agustin in Second Coming.

What does Jodi, a seasoned actress in her own right, look for in a role? “The role has to be challenging,” she said. “I don’t mind being a bida, contrabida. As long as I am challenged, as long as I will learn and grow every time, then I will welcome the roles.”

Despite the challenges, Jodi maintained that it was a worthwhile project and something that she is proud to be part of. “I think as much as it is the journey of Clarita, it is also the journey of those people revolving around her. The characters also have to battle with their own personal demons.”