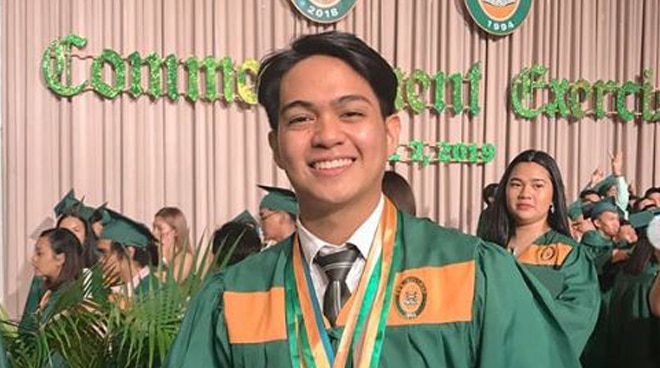 Francis Magundayao has definitely come a long way from being a child actor to a teen star. And now, he is officially set to embark on a new journey as a college student.

Having finished his secondary education at the Far Eastern University-Diliman, Magundayao shared photos from his graduation on social media.

Overwhelmed by the countless congratulatory messages he received, he wrote: "Man, thank you for all your greetings! Andami I couldn't reply to all of you! Sorry!"

Earning a general weighted average of 92.38 for the school year 2018-2019, the young actor graduated with honors.

He made his first appearance in Sana Maulit Muli as the younger version of Bokbok played by Gerald Anderson.

Since then, he has worked on other Kapamilya shows including a number of Maalala Mo Kaya (MMK) and Ipaglaban Mo episodes.

He is also known for his roles as Paco in May Bukas Pa and Adrian in Aryana.