A different side of actress Lauren Young was seen by fans as she opened up about her personal struggles at length for the first time on Monday. 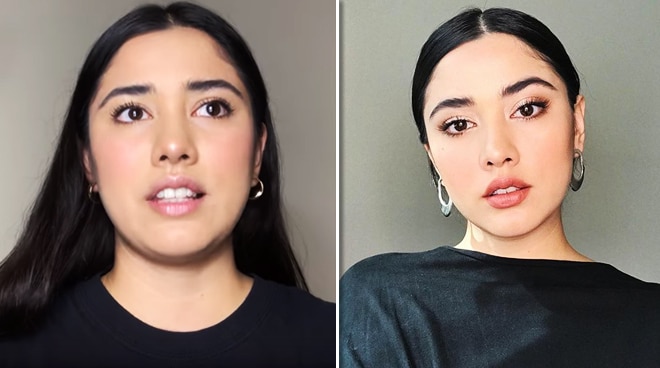 A different side of Lauren Young was seen by fans as she opened up about her personal struggles at length for the first time on Monday.

In a sit down vlog entry on her YouTube channel, the 25-year-old actress bravely talked about her current situation in terms of money, health, and relationships towards herself and her family.

“I’ve been going through a lot of stuff this past year,” she said. “I feel like I have this platform that I just want to share with you how I started to deal with these emotions and these trials that I have in my life.

“I know I might hear from the comments section that, ‘Oh, but you’re so privileged’. Yes, there is some truth to that, but it doesn’t make anything that I went through not valid,” she added.

Lauren began by discussing her current living situation with her family. After years of staying in her condo unit, she was convinced to move back in with her two siblings by her older sister, beauty queen and actress Megan Young, so they could assist one another in any way.

“During that time, I thought I was at my peak. When I moved back in with my family, I realized, ‘Hey, this is not the peak of all of this yet.’ Akala ko sobrang perfect na ng buhay ko, ‘yun pala hindi,” she said.

Then struggling in building a healthy relationship with her siblings, worries about her work ethic as an actress started to haunt Lauren as well.

“So that’s when I realized, I have a job, but my career wasn’t at its peak,” she continued. “I didn’t realize that I was capable of doing so much more in a professional sense. That was when I realized, ‘I’m getting work. But am I someone that people want to work with?’ That’s when it was brought to my attention that no, I’m not.

“I thought I was being funny. But actually, I was being such a brat on set. I was being a diva. I thought that I had the right to ask for certain things and treat people in certain ways just because I was the actor on set. … I was just so demanding and judgmental towards my peers that I realized I’m the negative person on the set,” she added.

Lauren worked towards changing her attitude towards work, which in turn improved her acting skills and helped develop a comradeship with her colleagues.

In terms of her financial situation, Lauren would be the first to admit that her envy towards other people’s money and success was what caught her in serious debt.

“I bought a condo and I bought a car, but I had no money. I had no savings. I was in serious debt,” she confessed. “Sobrang wala na akong mapagkuhanan ng pera.

To be able to pay her loans, Lauren said that she had her condo unit rented out and her car sold off.

Lauren also opened up about her obvious body change this past year, which she said was the outcome of her once overall toxic and unhealthy lifestyle.

“I think it all stems from the fact that I wasn’t happy,” she continued. “I wasn’t happy that no matter if I had all these things, I was still looking for something more.

Prior to moving in, Lauren said that she had always felt that she has a good, healthy relationship with her sister. But everything changed shortly after they lived under the same roof.

“Then when we’re actually living together, that’s when I realized, ‘Oh my god, we don’t even know each other.’ It was one of the saddest days of my life,” she said.

“I would walk out of my room, she would walk out of her room and we would treat each other like colleagues,” she added. “My own sister that I used to live with. It wasn’t because of her, but it was because of me. Because of all the negativity of my life, I decided to shun my family out. I thought I didn’t need them. That’s when I realized that’s the time that I needed my family the most.”

I rarely post full body pictures of myself yet alone one standing beside my sister. But @sassajimenezstudio knows exactly how to make me feel like a queen with her designs, she always knows EXACTLY how to dress my body and have my confidence come out. She truly is the designer for every woman!!! Congratulations on 10 wonderful years in the industry, @sassajimenez! Thank you for always dressing me up!! ?? #StyledByAdrianne

Although she still has a long way to go, Lauren, after everything she had been through, could say that she’s very much in a happier place today.

“I am happier. Like so much happier because I’ve finally realized the things that I truly need in life. Now that I know what I need, and I’m working towards making my life better to get those things. Once I have I can work towards the things that I want,” she said.

“Right now, I just really want to focus on what’s good for me,” she added. “Today, I can say that I don’t have much materially, but I have so much in my heart, and I’ve never been happier.”