Julia Barretto and Joshua Garcia can be seen all smiles in a photo posted by director Mikhail Red. 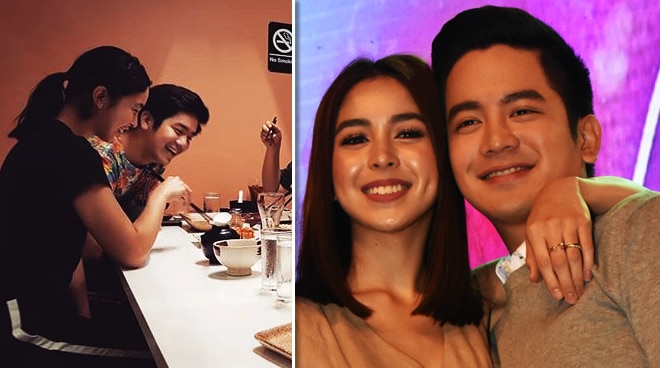 Over the past couple of weeks, rumors about real-life couple Joshua Garcia and Julia Barretto calling their relationship quits have been making rounds online.

While neither of them admitted nor denied any of it, it seems all is well between the two Kapamilya stars after director Mikhail Red shared a photo of him hanging out with the cast of Block Z.

Shared via his official Instagram account, the couple, collectively known as JoshLia, can be seen smiling as they ate together with Dimples Romana and Maris Racal, their co-actors in the zombie thriller Block Z.

In a recent episode of Erich Gonzales' vlog, the young actress avoided answering the question if she is in love at the moment, sparking questions from netizens, who speculated that her relationship with actor is on the rocks.

Julia recently starred in the Black Sheep flick Between Maybes where she did her first onscreen kiss with Gerald Anderson.

It was in April this year when the couple admitted that they have been in a relationship for more than two years now.

Meanwhile, there is no release date yet for Block Z, which also stars Ina Raymundo and Ian Veneracion.