Arron Villaflor seizes every opportunity to do well in support roles 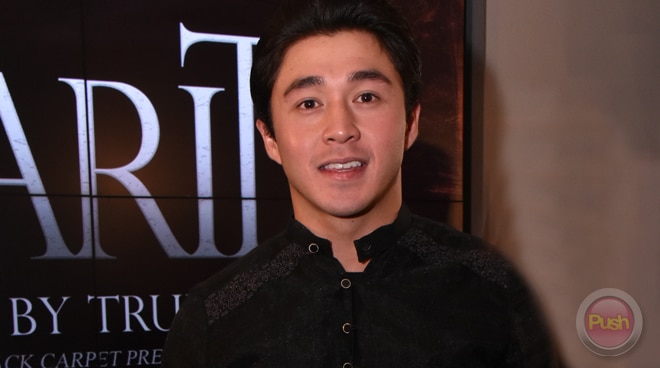 Being true to himself, the baby-faced acclaimed actor said he knows he is not destined to be a premiere leading man, albeit independent films set him to play leads at times. However, being in an ensemble cast can be a different case.

He explained, “I know that I cannot force myself to be in the leading men level. Hindi naman ganoon kabigatin ang name ko bilang celebrity, kaya mas nagko-concentrate ako kung paano magmamarka, magiging maayos ang performance ko.” This is a reflection of his humility which has given him the advantage to steadily receive acting jobs.

Arron already has more than a handful of acting works in his filmography. His being non-choosy has worked in his favor with producers and casting directors. “Siguro dahil suwabe lang ako. Kumbaga, tuloy-tuloy ang work. I continue acting. Para sakin, bawat role, bawat character I have a new learning.”

Arron’s responsibility as an actor to deliver good work is now something viewers are accustomed to. He was a disillusioned patriot in the Cinema One Original Astro Mayabang, a demonically angry Kael in Juan dela Cruz. “Pasaway na anak naman ako eh, misunderstood na anak naman,” he says of his role in The Greatest Love serye that starred Sylvia Sanchez. Then, he became the edgy marine in love with his friend’s wife in Cine Filipino Filmfest’s Mata Tapang.
.
Arguably, Arron can now be classified as a young-yet-seasoned actor. “[Sa] mga choices ko ng roles, I think it’s about time, pakiramdam ko fit na ako to play roles that are more daring, mature na mature, mga characters na may pinanggagalingang poot or lungkot. More mature roles, ‘yan I want those kasi of course I am not naman getting any younger,” stating how realistic he is yet unconsciously setting forth how secure he is with his status of being an actor.