Versatile actor Christian Bables also shares which actresses he wants to work with in the future. 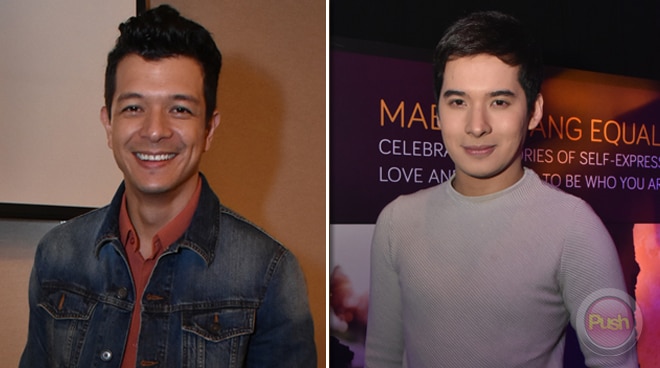 After playing the role of Jericho Rosales’s best friend in the successful primetime series Halik, Christian Bables said that he and his acting idol have become real life close friends.

Aside from Echo, Christian said he has been very lucky to have gotten the chance to work with top caliber actors like Joel Torre and John Lloyd Cruz. But he still has two other artists he has yet to share a scene with on his wish list.

The talented actor is currently working on another big screen project this year which reunites him with his Die Beautiful co-star Paolo Ballesteros and has them playing gay brothers along with Martin Del Rosario. “I’m doing the Panti Sisters for the Pista ng Pelikulang Pilipino. It’s going to be under The Idea First Company and Black Sheep of Star Cinema and ALV Productions. Masaya ito, riot. Ako dito si Samuel Panti (laughs),” he added.

Fierce • Sultry • Sweet . The Panti Sisters . Prepared so much for this. Please watch out for @theideafirstcompany , @black_sheepph , and ALV production’s latest offering. Directed by @junrobleslana , soon in cinemas nationwide for the Pista ng Pelikulang Pilipino 2019. . #ThePantiSisters #PPP2019 #actorslife