WATCH: Jessy Mendiola gives a tour of her home

Jessy Mendiola fulfilled the wish of her fans and followers as she shared her very first home tour in a vlog entry on Thursday. 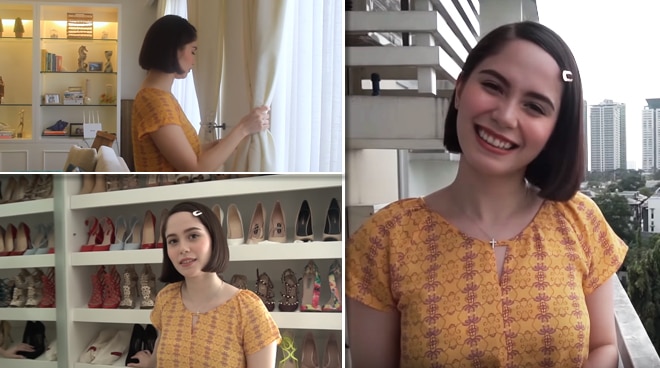 Jessy Mendiola fulfilled the wish of her fans and followers as she shared her very first home tour in a vlog entry on Thursday.

In true Vogue's 73 Questions style, the 26-year-old actress gave a glimpse of her beach-inspired space while answering questions about her career, love, personal life, and more.

"Mahilig kasi ako sa dagat so I really want everything to be bright and very close to my heart. I'm a beach person kaya ginawa ko siyang beach-themed," Jessy explained as she walked around her living area.

The Stranded star also shared a sneak peek of her walk-in closet, in which a tall rack stacked with several pairs of shoes greets whoever enters the room, as well as a quick look at her cozy bedroom and balcony area.

In a separate vlog entry last week, Jessy took on the "assumption challenge", a viral game among YouTubers where they have to react to first impressions about them as a fun way to introduce themselves to their viewers.

Jessy launched her YouTube channel in early of December 2018, spanning vlog entries from her fitness story to her relationship with longtime boyfriend, TV host Luis Manzano.