Mayor-elect Vico Sotto asks the people of Pasig to have a tarpaulin celebrating his 30th birthday removed from public space. 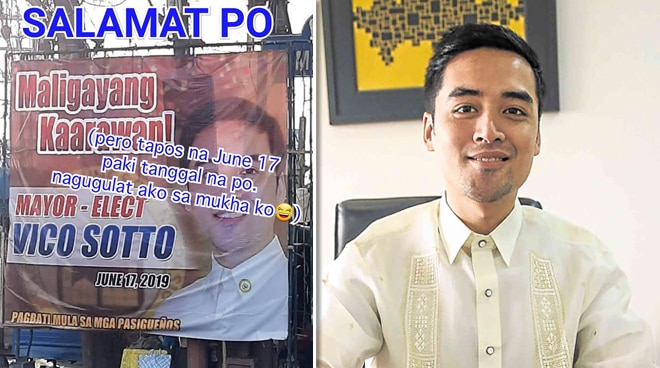 Pasig City Mayor-elect Vico Sotto, the son of Vic Sotto and Connie Reyes, is currently earning praises from netizens after setting an example on the use of tarpaulins in public spaces.

Vico, who was greeted by the people of Pasig on his birthday with a huge tarpaulin as he turned 30, thanked them for their efforts.

But the young politician, who is known for his stance against traditional politics, asked to have the tarpaulin removed since his birthday has already gone by.