Sarah Geronimo is set to mark her comeback as a judge for the newest season of ‘The Voice Kids.’ 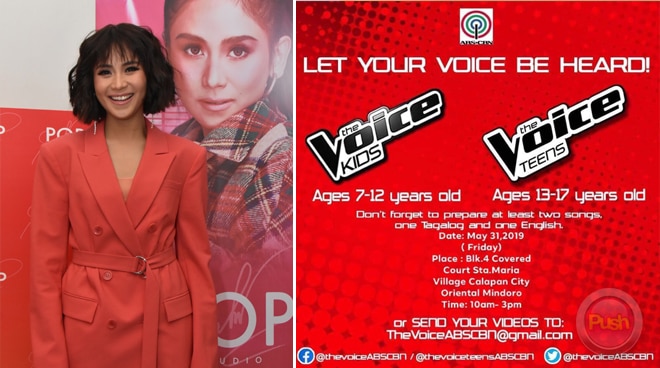 Over a week ago, The Voice confirmed its return to television after revealing the dates of its Kids and Teen auditions via its official social media accounts. And now, one of the four original judges, Sarah Geronimo, has confirmed her return to the show.

This is your chance to let your voices be heard! Mag-audition na mga Kapamilya Kids!

In an exclusive interview with ABS-CBN News during the launch of her cosmetics line, Sarah Geronimo revealed she is set to return as a judge for The Voice Kids which is prepping up for its fourth season.

The 30-year-old Kapamilya singer is one of the four original judges of the show which also includes Lea Salonga, Bamboo, and Apl.de.Ap. In 2016, Sarah was replaced by Sharon Cuneta for the third edition of the hit reality singing competition.

Apart from her exciting comeback as judge of The Voice, Sarah dished out exciting details about her upcoming movie with the working title Unforgettable.

Geronimo will be joined by Gina Pareño, Ara Mina, Yayo Aguila, Meg Imperial, and Kim Molina in the film which will be helmed by Jun Robles-Lana.