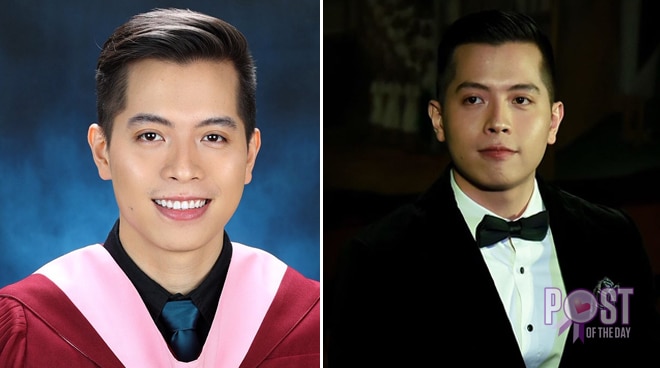 Singer Jason Dy happily shared on social media that he has achieved one of his lifelong dreams and that is to finish college.

The singer posted his photo where he was wearing a toga and said, “Finally.”

The 29-year-old crooner from Butuan City, finished a bachelor’s degree majoring in popular music, at the Philippine Women’s University School of Music.

Jason rose to fame after joining The Voice Season 2 in 2015 where he had Sarah Geronimo as his mentor. He soon made a name for himself in the music industry, earning monikers “The Voice of R&B” and the “Prince of Soul.”

He was also able to share the stage with Soul Diva Jaya during her “Soulja Concert” where she said Jason has still a long way to go.

WATCH: Jaya to Jason Dy: “You’ve got a long way to go”

After winning The Voice Season 2 he soon had his own albums and had hit songs like  ‘Caught In That Feeling’, ‘Milagro’, and ‘Walang Iwanan’.